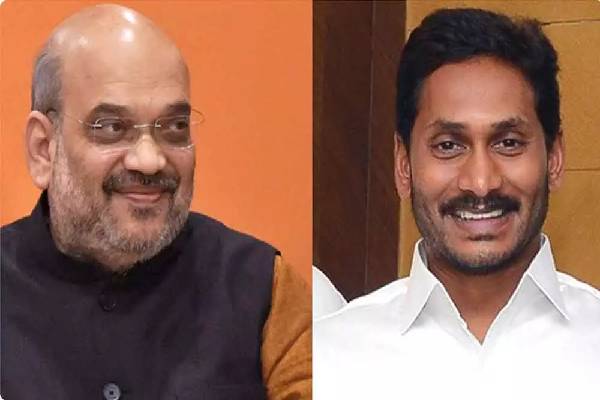 The series of attacks by YSRCP activists on TDP offices and houses of TDP leaders in Andhra Pradesh in broad daylight on Tuesday (today) has created a furore across the country.

The YSRCP activists went on a rampage and damaged the properties of TDP and TDP leaders while the police remained mute spectators.
The incidents have become a subject of heated debate even in national media which telecasted the visuals of ‘goonda raj in AP’.
With no belief in AP police under Chief Minister YS Jaganmohan Reddy regime, TDP chief and former CM N.Chandrababu Naidu called up union home minister Amit Shah over phone and sought protection from YSRCP.
Naidu explained to Amit Shah about ‘goonda raj in AP under YSRCP regime and sought immediate deployment of central security forces as they have no belief in AP police.
Amit Shah reportedly told Naidu that he will seek a report on attacks from the AP Chief Secretary and AP DGP and take appropriate action.
Shah asked Naidu to submit evidence on attacks on TDP offices and properties of TDP leaders by YSRCP activists.
But doubts arise over whether Amit Shah obliges Naidu’s request and deploys central security forces as Naidu is no more in the good looks of Modi and Shah since 2018 when he snapped ties with NDA and worked to form a united front with Congress and regional parties against Modi during 2019 Lok Sabha polls.
Since then, Jagan became closer to Modi and Shah.