APSRTC lays off over 6,200 contract employees 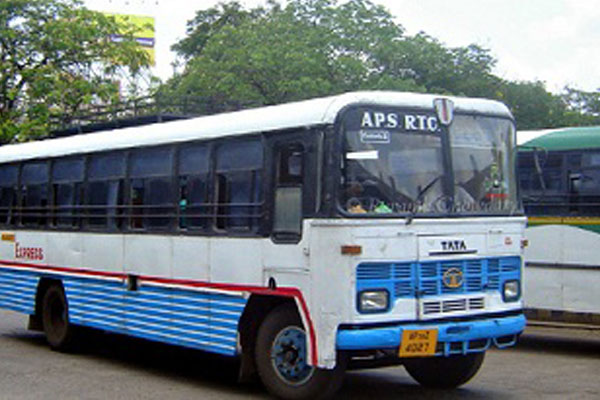 It said that the management through oral orders had asked the contract workers not to report for duties.

The depot managers were directed to utilise the services of only outsourcing staff. There are 52,000 regular employees in the corporation.

The employees’ union has appealed to Transport Minister Perni Nani to reconsider the orders to lay off the contract employees. The union leaders pointed out that the central government has issued clear instructions that there should be no lay-offs in government or private organizations during the lockdown.

They recalled that the state government too had assured in the past that the contract workers will not be removed from service.

As many as 6,270 contract workers are rendering their services in APSRTC head office in Vijayawada, offices of the regional managers, bus depots, workshops and hospitals. Majority of them are sweepers, attenders and grade-4 employees.

“We were demanding that the 7,800 regular vacancies be filled to ease the workload on existing staff. The management took this drastic decision to axe the contract workers,” said employees’ union general secretary P Damodara Rao.

The employees’ union said the contract workers were not even paid salaries for the month of April.

Jagan merged RTC with government but not employees? 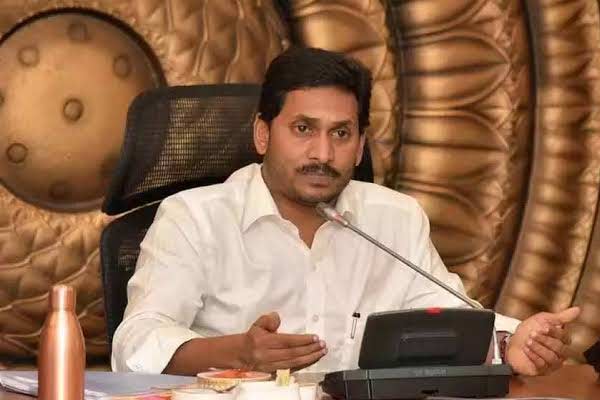 APSRTC Employees Unions are slowly raising their banner of revolt against CM Jaganmohan Reddy on the issue of their pensions and retirement benefits. When Jagan fulfilled his election promise on RTC merger with the government, all the employees heaped praise on the CM. They thought that they would become eligible for all benefits like the other government employees automatically. But, slowly they realised how Jagan Circar is misleading them on their employment status. Though RTC has become part of the government, the RTC employees are not being treated as government employees.

As a result, RTC unions one by one started holding protests against Jagan Circar. Recently, these protests are threatening to intensify into a full scale agitation. Alarmed at this, Minister Perni Nani is using strange logic to get the sympathy of employees. He says that CM Jagan Reddy closely follows the advice of Telangana CM KCR. But, Jagan has not followed KCR advice on the merger issue. Nani’s point apparently is that CM Jagan is very friendly to the employees. What Nani didn’t realise is that the employees can no longer be misled. They will certainly start agitation if they are not treated exactly like government employees soon.

For a change, it is advantage to Andhra while Telangana is facing a crisis due to RTC Strike. Till now, there is one way traffic. KCR went on plundering resources of Andhra one by one and thereby he won the hearts of Telangana society. But RTC Strike has reversed the trend, hopefully.

Andhra officials say that the APSRTC made a record profit of Rs 229 Cr during this festival season. This is Rs 20 Cr in excess of the 2018 dasara season profit of Rs 209 Cr. This could be possible as APSRTC swung into action and actively cashed in on the ongoing RTC Strike in the neighbouring state.

APSRTC Officials ran services to more routes in Telangana during dasara season from September 27 to October 13. Over 6000 special services were operated. All these buses ran packed with passengers. APSRTC achieved 103 occupancy ratio during the season. From this, it is clear how KCR showdown with his state employees benefitted Andhra.

Analysts say that the worst phase is over for Andhra. Telangana society no longer listens to anti-Andhra sentiment but it is demanding better opportunities and jobs from KCR Regime.

Senior IPS Officer NV Surendra Babu has been known for his honesty and work ethic. Very unusually, he was the only officer who was transferred out of APSRTC without any posting. Hours after his transfer, the RTC invited tenders for buying electric buses on a large scale. Reports say that Megha Krishna Reddy company is going to supply these buses now. This probably explains the mystery behind Surendra Babu transfer. If he continues as RTC MD, there’s no way Jagan Regime could get away with what it wants.

Political and Secretariat Official circles are full of rumours that the government is playing another reverse game this time with the sensitive RTC. With great difficulty, Surendra Babu kept RTC running without major losses till now. Transport Principal Secretary Krishna Babu is given additional charge of RTC MD.

Speculation is that Jagan Circar is all out to favour and help Megha Krishna Reddy in return for his support to make re-tendering of Polavaram project a success.

The cabinet meeting, chaired by Chief Minister Y.S. Jagan Mohan Reddy, accepted the proposal made by an experts’ panel in this regard.

The merger will put an additional annual burden of Rs 330 crore on the public exchequer.

Transport Minister Perni Venkatramaiah told reporters after the cabinet meeting that an ordinance will be issued for the merger.

The modalities of merger will be prepared in 15 days and the entire process will be completed in three months.

Jagan Mohan Reddy, during his election campaign, had promised to merge the APSRTC with the state government. After coming to power in May, he formed two panels including an experts’ panel to study the issue and make recommendations.

The APSRTC had accumulated losses of Rs. 6,373 crore. The government proposes to run more electrical buses to control the losses.

In another key decision, the cabinet approved the new sand policy. The sand will be priced Rs 375 per tonne and public can book the same online. A geo tracking system will be implemented to enable the customers to track the truck assigned to deliver the sand.

The YSRCP government had banned sand mining after coming to power, leading to sharp increase in sand prices.

In another decision, the cabinet approved a scheme to provide Rs 10,000 annual financial assistance to those driving their own passenger auto-rickshaws and cars. This will benefit four lakh beneficiaries. The government will set aside Rs 400 crore for this scheme.