In its sensational orders, the Hyderabad CBI Special Court dismissed AP CM Jaganmohan Reddy’s petition to take up hearing in 5 of his 11 multi-crore illegal assets cases jointly. This is considered a big blow to the CM. The crucial order was issued by the Court which was angry against Jagan Reddy for not personally appearing before the court today despite repeated warnings. Now, with his petitions dismissed, Jagan would have no alternative any more but to himself appear before the CBI Special Court without fail next Friday ie Jan 24.

Another petition filed by Jagan for not holding court trials on ED cases simultaneously with the CBI cases. The ED cases hearings will begin on Jan 24 itself. Jagan Reddy has not been given exemption from personal appearance before the court in ED cases also. So, it’s going to be a very tough time for AP CM from next week. The 11 CBI cases will be taken up for hearings separately which will be a prolonged and protracted thing.

Amid this, the AP CMO has once again contacted the Amit Shah Office in Delhi for an appointment for Jagan Reddy tomorrow. Political circles are doubtful whether Amit Shah would risk giving appointment because of controversy over Jagan court cases and also his arbitrary decision against Amaravati Capital.

Will CBI plead for daily hearings in Jagan assets cases?

AP Chief Minister YS Jaganmohan Reddy is Accused No 1 in the Rs. 43,000-cr CBI illegal assets cases. The CBI court has declined his request for exemption from personal appearance at weekly Friday hearings in Hyderabad. Even then, Jagan Reddy has been avoiding personal appearance for nearly three successive Fridays. He also abstained from court appearance today on the pretext of some pressing government engagements.

Analysts say that CM Jagan Reddy is apparently showing the same kind of adamant and indifferent attitude towards the courts as well. Will this hurt him badly because of the emerging political situation at the national level? The Modi government is considering Jagan Reddy Circar as a growing threat to the investment sentiment and ethical governance all over the country. Amid this, the CBI has begun rejecting special privileges that Jagan Reddy is requesting for himself in the CBI court cases.

There are reports now that CBI officials may further intensify their crackdown on Jagan cases because of AP CM’s defiance of the courts. Now the CBI is expected to plead for daily hearings in place of weekly hearings. Then, Jagan Reddy may be able to avoid two or three hearings but he will have to appear before the court afterwards. Interestingly, the usually very bold Jagan Reddy is somehow very shy of personally appearing before the court after he became CM.

AP Chief Minister YS Jaganmohan Reddy did not personally appear before the Hyderabad CBI Court today. This is the first Friday since the court refused to give exemption to Jagan from personal appearance every Friday before the court hearings in the Rs 43,000-cr illegal assets cases. Jagan’s advisors did lot of brainstorming on whether the CM should attend the court or not. Finally, they decided to avoid personal appearance as this would put lot of embarrassment politically to the YCP government in the state and at the national level.

The national media is also waiting for a chance to discredit Jagan Circar after its media gag GO. Moreover, AP Government humiliated the Press Council of India on the issue of the National Press Day celebrations. Harsh media coverage is indeed making CM Jagan Reddy to somehow avoid court appearances in his official capacity as the CM. Today, Jagan pleaded for absence as he is to be available in Andhra in view of the Union Minister Dharmendra Pradhan’s visit to the state. The court has accepted the CM petition.

Legal experts say that Jagan will not be able to go on getting absent permissions every Friday. If he avoids appearance without informing, the court may issue arrest warrant against him. That would be national level humiliation for the YCP. The Supreme Court may not consider Jagan petition for exemption from personal appearance favourably. It all looks Jagan is caught in a checkmate.

However, the CBI Judge asked how it can take up hearing as such a plea by Jagan was already dismissed by the court in the past. The Jagan advocate argued that the circumstances have significantly changed now. Jagan has now become the Chief Minister and he has to address people’s issues on a daily basis.

The CBI has eventually admitted the plea for hearing. In the illegal assets cases, Jagan has been pleading innocence saying that those cases were politically motivated with the then Congress Regime playing a role behind the cases. If exemption is given, an advocate can appear on behalf of Jagan every Friday.

YSR Congress Party chief YS Jagan Mohan Reddy’s Padayatra is apparently postponed for the second time now. As per the initial announcement, he was supposed to commence Yatra on October 27, but later postponed it to November 2 based on the suggestions of Astrologers.

After the CBI court denied him exemption from personal attendance in court for six months, the opposition leader will be reportedly commencing his walkathon from November6. Also, he will purportedly knock the doors of High Court challenging the CBI court’s verdict.

November2nd falls on Thursday and Jagan has to attend court the very next day. To ensure that there is continuation of at least 3-4days in Padayatra after launch, the party slightly delayed his march to 6 November which falls on Monday.

Setback to Jagan, no truanting from court on Fridays 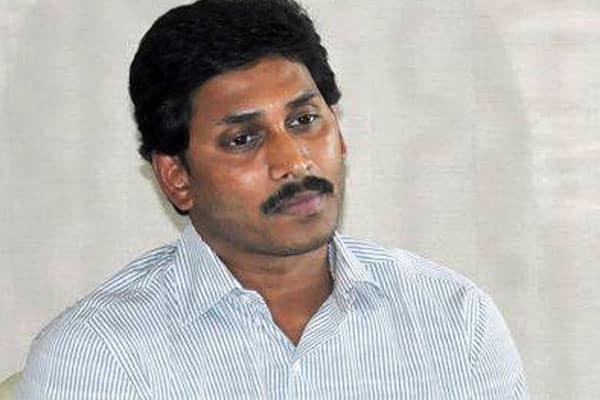 In a major setback to YSR Congress president YS Jagan Mohan Reddy’s Padayatra, the CBI Court on Monday dismissed his petition seeking exemption from appearing before the court every Friday for six months.

Andhra Pradesh Opposition leader’s counsel argued that being a politician he needs to have first-hand information of the people’s problems. CBI in its counter reportedly attached the schedule of Padayatra, which was prepared without seeking court’s permission.

It may be recalled that the CBI court released Jagan on bail five years ago on a condition that he would appear before it every week on Friday.

Nonetheless, YSRCP reportedly decided to fly Jagan during Padayatra to attend proceedings of the court if they fail to get exemption for six months.