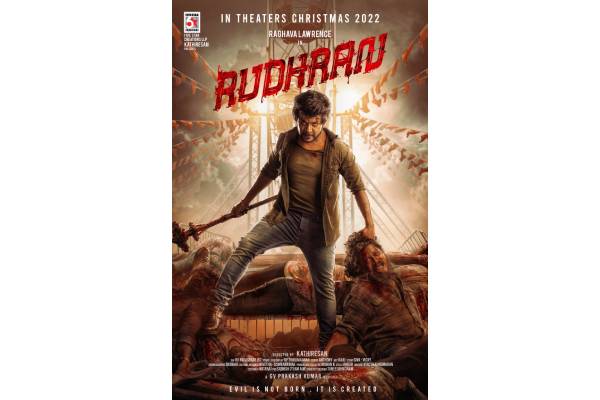 Actor, choreographer, and filmmaker Raghava Lawrence is starring in Kathiresan’s action thriller ‘Rudhrudu’. The makers on Thursday took to social media to release the first-look poster.

The poster features Raghava Lawrence in a dramatic position and is titled ‘Rudhrudu’ which symbolises the ferocious side of Lord Shiva. The title of the film is appropriately justified as he appears in a violent avatar when he grabs hold of his opponents.

The film is marketed as an action thriller, and its tagline, “Evil is not born, it is created” implies that the protagonist’s violent side shouldn’t be let loose.

Priya Bhavani Shankar is the leading lady opposite Lawrence, and Sarath Kumar is playing a crucial role. Music is provided by GV Prakash Kumar.

‘Rudhrudu’ is in its final leg of filming, and is expected to be out around Christmas for the theatrical release. 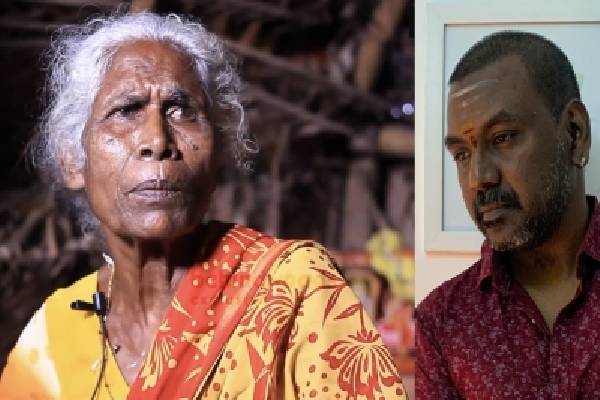 Actor and director Raghava Lawrence on Monday announced that he would build a house for Parvathy Ammal, the Irula woman on whose life the critically acclaimed Tamil film ‘Jai Bhim’ is based.

In a statement, the director of the famed ‘Kanchana’ franchise, said, “I was moved after getting to know about the present day status of Parvathy Ammal, whose husband Rasakannu was killed for no fault of his 28 years ago.”

Pointing out that he had first got to know about her present plight from a programme on a YouTube channel, Lawrence said he immediately got in touch with a journalist behind the programme for additional details.

“I was even more touched when I got to learn additional details,” the actor said and added that he had promised Parvathy Ammal that he would build her a house at his own expense.

The actor also thanked the journalist’s team that had helped bring her poverty-stricken state to his attention and congratulated and thanked the entire team of ‘Jai Bhim’, including Suriya and director Gnanavel, for having made a painful incident that had occurred 28 years ago into a talking point through their film. 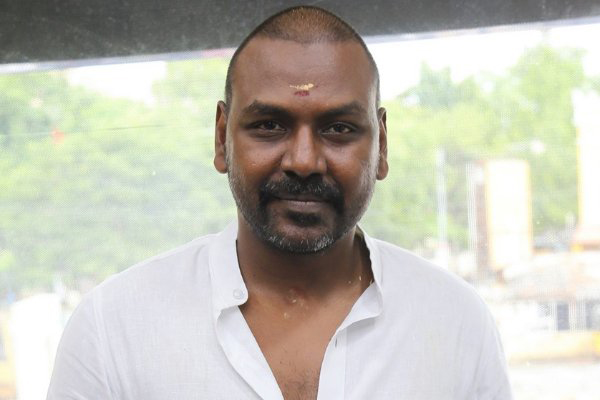 Rs 75 lakhs will be donated to daily labor and for the people of Royapuram which happens to be the birthplace of Lawrence. Rs 25 lakhs would be donated for the physically abled people. On this occasion, Lawrence announced that he would be working with Superstar Rajinikanth for Chandramukhi 2 and he would be offering the donations through the advance amount he receives for the project. P Vasu is the director and Sun Pictures are on board to produce this project. Raghava Lawrence once again proved that he is a man with a golden heart.

Raghava Lawrence back on board as director of ‘Laxmmi Bomb’ 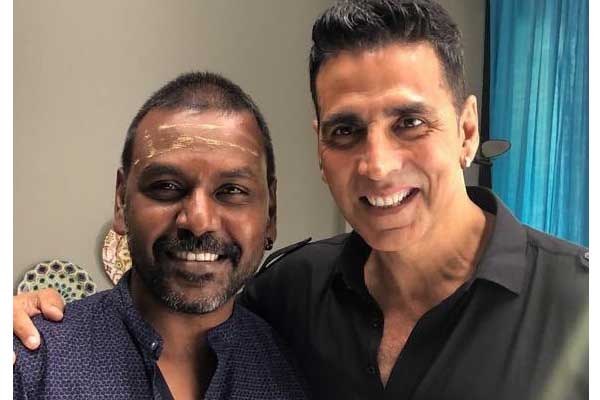 Actor-filmmaker Raghava Lawrence, who had opted out of directing Akshay Kumar starrer horror-comedy ‘Laxmmi Bomb’ after he felt disrespected, on Saturday withdrew his decision after all the issues were sorted.

Lawrence took to twitter to announce that he’s back on board as director of ‘Laxmmi Bomb’, a remake of his own Tamil blockbuster ‘Kanchana’.

“I am back on board as a director of ‘Laxmmi Bomb’. A big thank you to Akshay Kumar sir to understand my feelings and sorting all issues. Another thank you to my producer Shabinaa Khan for the same. Thanks to both for giving me respect,” Lawrence said.

He added that he’s really happy to be part of the project again.

In May, Lawrence chose to exit after the makers unveiled the film’s first look without his knowledge. In a statement, he said he can’t be part of the project as he felt “disrespected” and “disappointed”.

He even asked the makers to find a replacement for him and said that he will hand over the script to Akshay.

In ‘Laxmmi Bomb’, Akshay plays a character that will be possessed by a ghost of a transgender. Kiara Advani has been signed as the leading lady.

Lawrence walks out of Kanchana remake 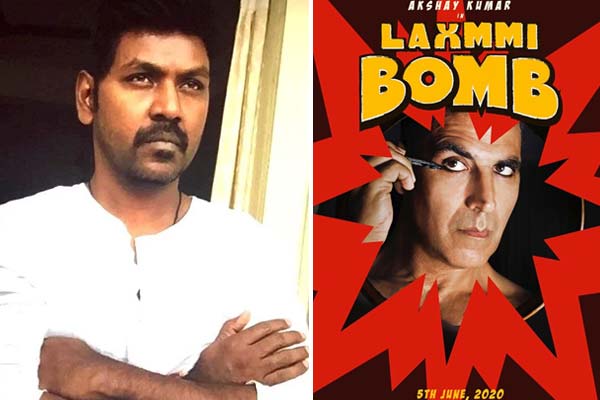 Choreographer turned director Raghava Lawrence is making his Bollywood debut with the Hindu remake of his horror comedy Kanchana. He has roped in Akshay Kumar and Kiara Advani to star in this remake and the principal shooting commenced recently.

Yesterday, the first look poster announcing the release date has been unveiled by Akshay Kumar. But, Lawrence was deeply hurt as the poster was out without his cognizance. He is not happy with the poster design and was hurt as he was disrespectful not to inform him about its release. Lawrence decided to back out from the project and made an announcement that he is ready to hand over the script to someone else.

Lawrence said that it is very painful that the poster was released without taking his consent. He added that there are many other reasons why he has decided to step out from this prestigious project. He will soon meet Akshay Kumar over the issue to officially exit from his Bollywood debut.

Dear Friends and Fans..!I
In this world, more than money and fame, self-respect is the most important attribute to a person's character. So I have decided to step out of the project, #Laxmmibomb Hindi remake of Kanchana@akshaykumar
@RowdyGabbar @Advani_Kiara pic.twitter.com/MXSmY4uOgR 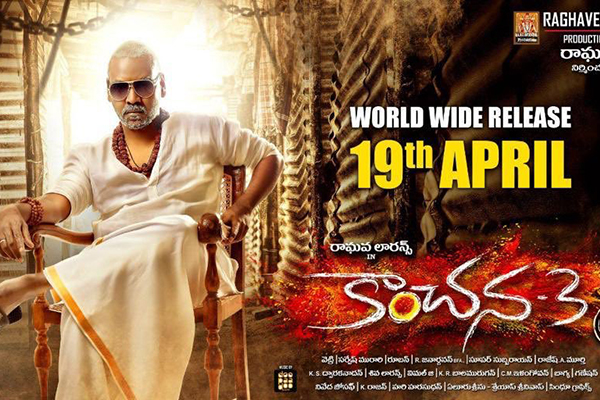 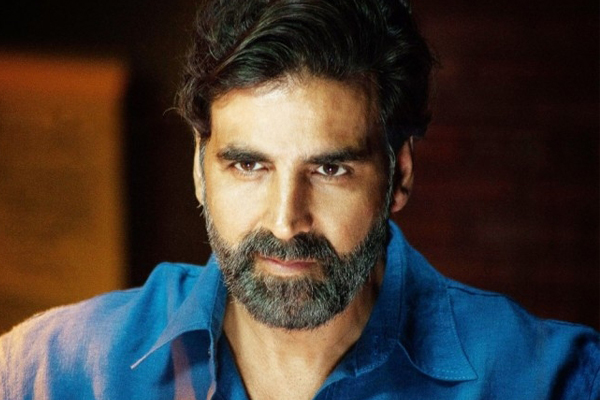 Choreographer turned director Raghava Lawrence is planning to remake his 2011 hit horror drama Kanchana in Bollywood. The Hindi version will start rolling in April and Lawrence is currently busy with the pre production work.

It is learnt that Bollywood superstar Akshay Kumar has given his nod to play the lead role in this remake. Akshay Kumar is very impressed with the original version and expressed interest in featuring in the remake. When Lawrence approached him with the idea of remake, Akshay has immediately agreed to come on board. Lawrence will make his directional debut in Bollywood with this film.

Kanchana was a runaway hit at box office and also turned into a franchise of horror comedies. Lawrence is currently busy with the third installment in the series. He will soon meet Akshay to finalize the remaining cast and crew for the Hindi version. Amithab Bachchan is likely to play a prominent role in this remake.

Lawrence did many social service activities earlier, in which he has aided many heart surgeries for babies. He was also one among the supporters for the Jallikattu protest in Tamil Nadu in January 2017, who provided food, medicine and basic needs to the protesters and also promised to them that he will support them till the protests are over. He also extended his helping hand to orphans and old age people. He was generous in donating money when any disaster happened. 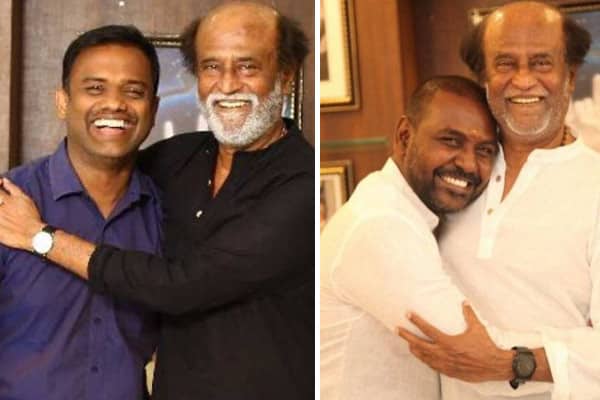 Superstar Rajnikanth entered into the year 2018 as a politician as he announced joining politics on the last day of 2017. He is currently busy with his political activities. He already started a website and on the first day, around 50 lakh people registered themselves on the website. Now, a few people associated with him are joining him in politics.

In a surprising movie, Raju Mahalingam has quit his position from Lyca Productions and has joined Rajinikanth’s newly-announced party. Raju Mahalingam was the creative head of Lyca Productions, which is owned by Subaskaran Allirajah. Raju was associated with Lyca since its inception in 2014. Raju Mahalingam has been closely associated with Rajinikanth over the last three years, was the first to join the actor’s political movement. Following this was actor, choreographer, and director Raghava Lawrence, who is known to be a huge supporter of ‘Thalaivar’ and a devotee of Sri Raghavendra.

Lawrence even released a video song inviting him into politics. He recently told he is ready to be a “guard” for Rajni. He will make his official statement on joining Rajni’s party in couple of days.

A few more celebrities from film industry are expected to join Rajni in upcoming days.

Thrilled to team up with ‘Baahubali’ writer: Raghava Lawrence 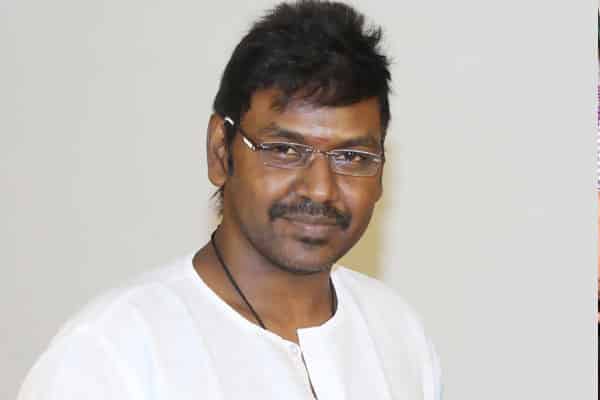 Actor-filmmaker Raghava Lawrencce is elated to collaborate with “Baahubali” fame writer Vijayendra Prasad for a yet-untitled bilingual historic drama, to roll from later this year.

While Prasad will pen the story, S.S Rajamouli’s associate A. Mahadev will direct this project.

“When I heard the one liner from Prasad sir, it was good enough for me to come on board. I have known him for long, even before ‘Baahubali’ came out. I’m quite aware of his experience, so naturally I’m thrilled to be working with him,” Lawrencce told IANS.

The film’s story will be set against the backdrop of 18th and 19th century.

To be bankrolled by Cameo Films, the project will be made in Tamil and Telugu.

“We strongly believe this film would be a greater milestone in our journey. Especially, what else can we ask for when a versatile writer like Vijayendra Prasad, the backbone of ‘Baahubali’ success, being associated with our project,” producer Jayakumar told IANS.

Kajal Aggarwal is the frontrunner for the leading lady’s role. The rest of the cast and crew will be finalised soon.