Ramulamma fires on Jagga Reddy over his KCR related remarks 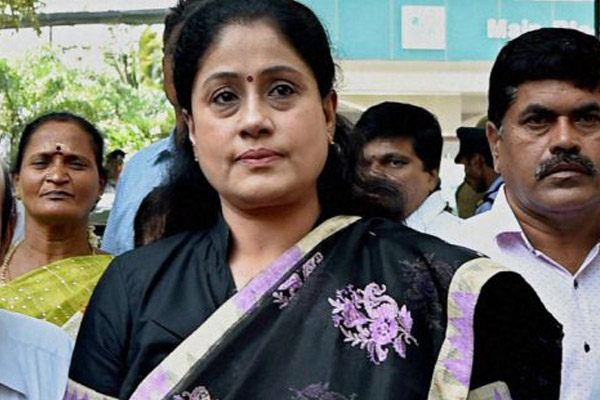 Congress star campaigner Vijayashanti took strong objection to own party MLA Jagga Reddy’s statement. She doubted whether the MLA wants the Congress voters in Telangana to vote for TRS rather than their favourite party. She said that Jagga Reddy should not have talked about the possibility of KCR joining the UPA which is led by the Congress party at the national level. The MLA’s statement was leading to a misconception that there is no difference between the Congress and the TRS.

As of now, the Congress cadres are fighting an intense battle with the ruling Telangana Rashtra Samithi all over the state in the current local body elections. At such a time, Jagga Reddy should not have commented giving an impression that Congress and TRS are one and the same. Ramulamma pointed out that KCR would continue to be a problem for Congress. Telangana CM is repeatedly saying that no party can form the next government at the Centre without the support of TRS and YCP parties. 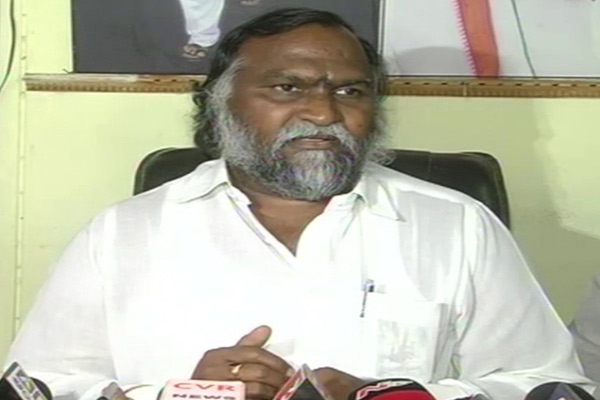 “Chief minister KCR has failed to respond in addressing the problem of Singuru water issue. If the CM doesn’t resolve it, it’ll have major impact on water facility in the constituency. Siddipet MLA T Harish Rao has diverted the water from Singuru to Siddipet. This too was done without the approval of the chief minister. I demand the TRS government to fill the Singuru dam with water,” said Reddy.

Jagga Reddy has further cautioned the TRS government that he’s not responsible for the law and order problem during the relay hunger strike, while demanding for apology from Harish Rao for diverting the Singuru water.

The Sangareddy MLA has decided to meet the chief minister to discuss on the Singuru water issue and would also appeal for an action against the Engineer-in-Chief for cooperating in water diversion. Jagga Reddy is further preparing to distribute pamphlets on Singuru water issue to every family in Sangareddy constituency. 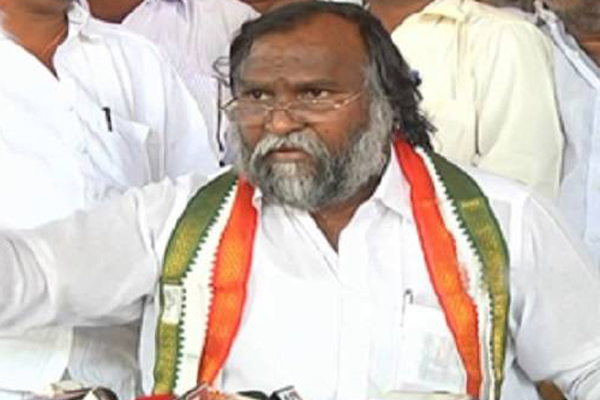 Hyderabad: Jagga Reddy, Congress MLA from Sangareddy constituency, has been very soft and cordial towards TRS party and Telangana chief minister K Chandrashekhar Rao. Reddy used to be very aggressive in criticising KCR and TRS party until Assembly elections held in December 2018. However, ever since, he won from Sangareddy Assembly constituency, Reddy has been amicable towards the pink party.

Interestingly, Reddy is targetting former minister and Siddipet MLA T Harish Rao. “KCR is a sincere chief minister, but Harish Rao is a blackmailer. I have personal differences with Harish Rao. Harish Rao was behind my arrest. I don’t have any dispute with KCR family. I just made political criticism only, nothing personal. I became MLA for the first time on TRS ticket. I was benefited twice because of KCR only. Later I joined Congress. I have brought my daughter into politics, when I was in jail.”

Jagga Reddy seems to be vexed with the lobbying politics in Congress as he said that he was not keen on power politics. “With a lot of commitment, I had worked for 35 years to reach higher positions in politics. But, I lost this spirit because of lobbying tactics in Congress. Only lobbyists are in limelight in Congress. I like Rahul Gandhi, so I’ll never leave Congress party. Congress party should support leaders suffering from financial problems. Over 75 per cent of Congress leaders are in financial crisis,” added Reddy.

Jagga Reddy is known for his strong criticism and never believed in getting Telangana statehood. Reddy even owed to quit politics if Telangana becomes a state. Of course, after Telangana became a reality, he changed his voice and continuing in politics and became MLA as well. 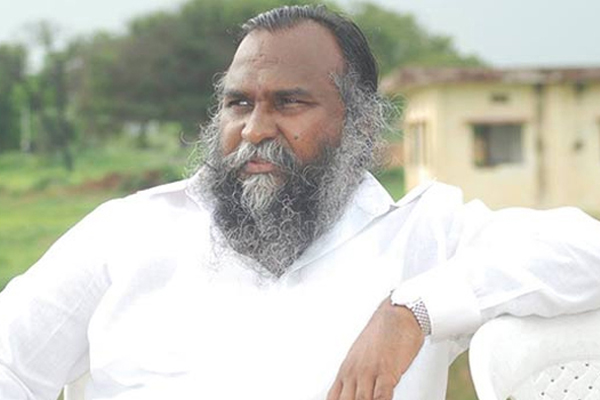 In a shocking development to Congress, Telangana Congress leader Jagga Reddy arrested by the Hyderabad Police. Jagga Reddy, allegedly carried a fake passport and a visa and even visited the United States on fake documents.

Jagga Reddy is a strong leader in Congress from Sangareddy. He was in TRS earlier but later joined Congress. He is one leader in Telangana who comes down heavily on TRS and Congress. Now he is arrested under the Passports Act, the Emigration Act, charges of human trafficking, forgery, and other relevant sections of the Indian Penal Code. According to sources, Jagga Reddy had travelled with a woman and a child to the US in 2004 claiming they were his wife and child. But later it was found that he had submitted fake documents to show them as his family. That woman and child were Gujaratis. Case has been filed on this in Secunderabad Police station. Police, after preliminary inquiry, arrested him now. According to police sources, American government officials have the data of illegal immigrants from India. While reportedly analysing the data they stumbled upon details of the three persons, who managed to enter America with the passports acquired with fictitious data.

The Congress condemned this arrest and alleged that TRS is misusing its power by arresting opposition leaders just before elections. They questioned why police did not give any notice to Jagga Reddy. Jagga Reddy’s version on this is yet to come out.