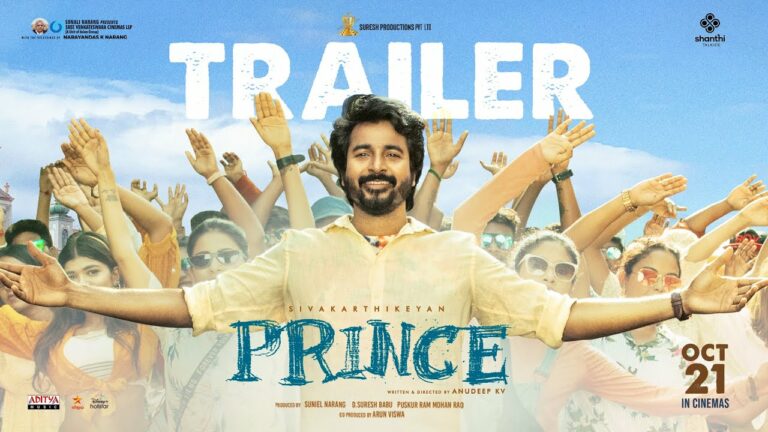 Tamil actor Sivakarthikeyan delivered some of the biggest hits in the recent years. Films like Doctor and Don did decent business in the Telugu states too. His next film Prince is bilingual and is directed by Jathi Ratnalu fame Anudeep KV. Maria Riaboshapka is the leading lady and Sathyaraj played another important role in the film. The trailer of Prince is released and it is focused majorly on entertainment. The film is all about the love story between an Indian school teacher and a British girl and is set in Pondicherry. The trailer is packed with Tamil flavor and will appeal to their audience and it misses the Telugu nativity.

The film is presented as a bilingual but Prince has a bunch of Tamil actors. Except for Sathyaraj, the audience are not aware about the other actors. Anudeep is testing his luck with one more comic entertainer that has a small conflict. Thaman scored the music and background score for Prince. Suniel Narang, Suresh Babu D, Pushkar Ram Mohan Rao bankrolled Prince on Sree Venkateshwara Cinemas LLP and Suresh Productions. The film is aimed for October 21st release during Diwali and it will clash with Karthi’s Sardar. 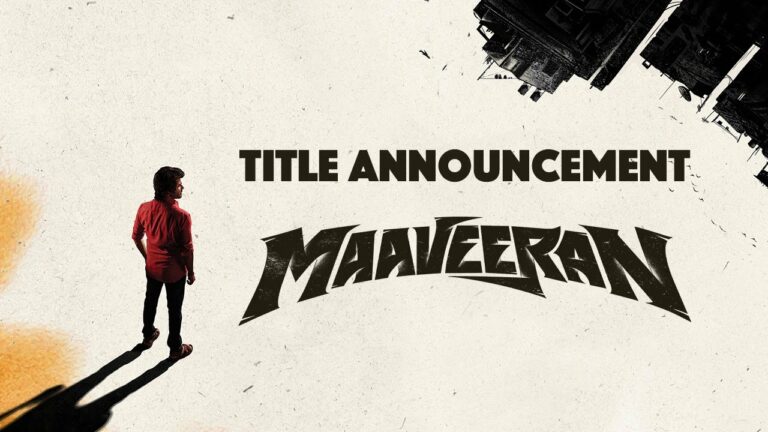 Siva Karthikeyan delivered back-to-back blockbusters and the films fared well in Telugu too. Superstar Mahesh Babu revealed the teaser of his next film which is titled Mahaveerudu. The special teaser byte looks interesting and Siva Karthikeyan plays a super hero in this action entertainer. Madonne Ashwin is the director and Shanthi Talkies will produce Mahaveerudu. The shoot of the film will begin soon.

Siva Karthikeyan is done with a straight Telugu film Prince and the film is hitting the screens for Diwali. Jathi Ratnalu fame Anudeep KV directed the film. Siva Karthikeyan’s last films Doctor and Don fared well in Telugu and Tamil languages. The actor is keen to cement his position in Telugu too. 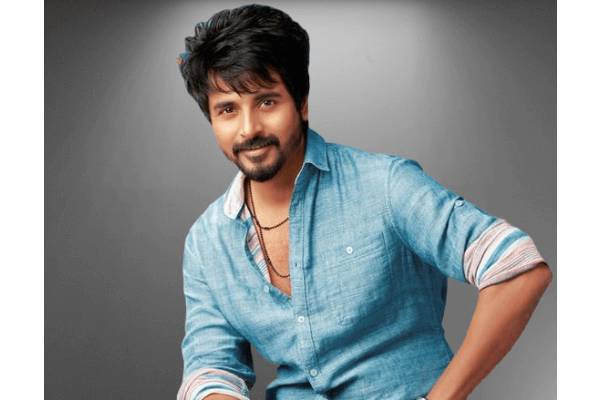 Tamil hero Siva Karthikeyan is slowly planning to be a bilingual star hero like Suriya and Vijay. His last two films ‘Doctor’ and ‘Don’ worked out well both in Telugu and Tamil. He turned out to be the busiest young hero. He is working on a prestigious project ‘SK21’, where he will see a powerful Army officer and Sai Pallavi is the main lady. He is also working for Kamal Haasan’s banner, where Rakul Preet is the leading lady. As per going buzz, Siva Karthikeya is charging Rs 20Cr as remuneration for his upcoming films.

Leaving this behind, he is all set to launch his second project soon in Telugu. Kalyan Krishna Kurasala will be the director of the film and the film will be produced by KE Gnanavelraja. The official announcement of the film is expected soon. This will be Siva Karthikeya’s second project in Telugu after ‘Prince’ (SK20) in Anudeep KV’s direction. Siva Karthikeya was impressed with the script before Bangarraju’s release and asked him for further developments. After six months of work finally, the project is going to be materialized.

Venkatesh, Siva Karthikeyan to join hands for next film 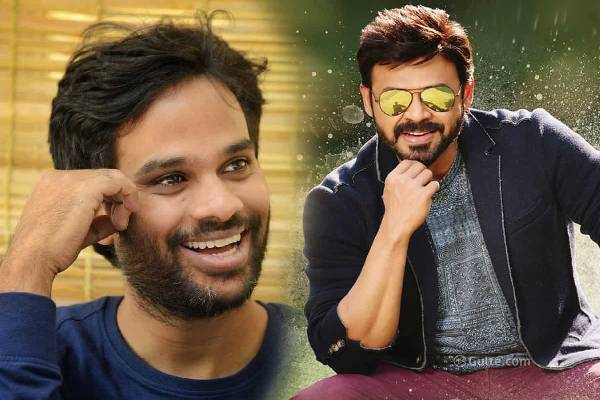 Anudeep, who got instant fame with the Naveen Polishetty-starrer will wield the megaphone for the ‘Koolie-No 1’ actor.

This upcoming project is a Telugu-Tamil bilingual, which will be bankrolled by Venkatesh’s brother Suresh Babu under his SP Productions.

The other details regarding this are still kept under the wraps, but close sources suggest that the movie will have an official launch at a muhurat event, which will be held soon.

Venkatesh, on the other hand, is busy shooting under Anil Ravipudi’s direction for ‘F3’, which is a sequel to his most popular comedy-drama ‘F2’. 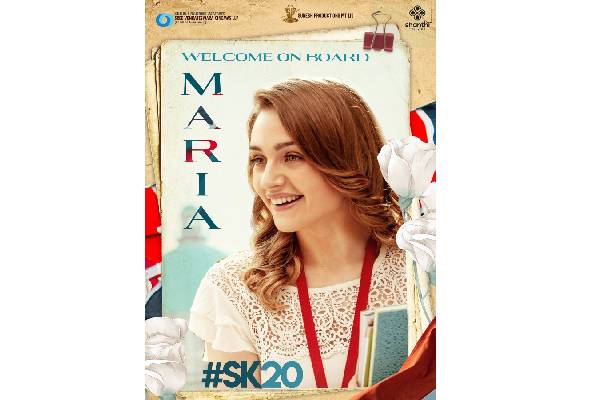 Tamil actor Siva Karthikeyan is all set for Tollywood debut and Jathi Ratnalu fame Anudeep KV will direct this film. The shoot commenced recently and the makers roped in a Ukrainian actress for the project. Maria Ryaboshapka will play the female lead and the major portion of the shoot will be completed in Tamil Nadu. She played Natasha in Special Ops 1.5:: The Himmat Story. The untitled film is hitting the screens next year. Sree Venkateswara Cinemas LLP, Suresh Productions and Shanthi Talkies are the producers. More details about the project are awaited. 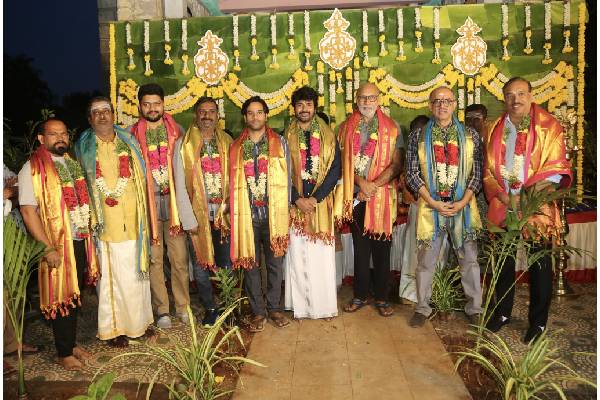 Tamil actor Sivakarthikeyan is riding high with the super success of Doctor. The actor signed a straight Telugu film which will be directed by Jathi Ratnalu fame Anudeep KV. The film got its official launch today in Karaikudi with a pooja ceremony and the major team attended the event. The regular shoot kickstarted today in Karaikudi. Sree Venkateswara Cinemas LLP, Suresh Productions and Shanthi Talkies are the producers. Rashmika Mandanna and Ritu Varma are rumored to play the female leads. Satyaraj is roped in for a crucial role.

Thaman is the music director and the bilingual will head for a theatrical release this year. Sivakarthikeyan plays a tourist guide and the film is set in Pondicherry. The film is said to be a romantic entertainer with enough twists. Sivakarthikeyan is all excited about his debut in Telugu. His last film Doctor made decent business in Telugu too.

Sivakarthikeyan in talks for his second Telugu project?

Bangarraju director Kalyan Krishna Kurasala met Sivakarthikeyan and narrated the script. The talented actor is yet to sign the bilingual. KE Gnanavelraja will produce this interesting film if things fall in the right place. Sivakarthikeyan is done with the shoot of Don and Ayalaan and they will release soon. 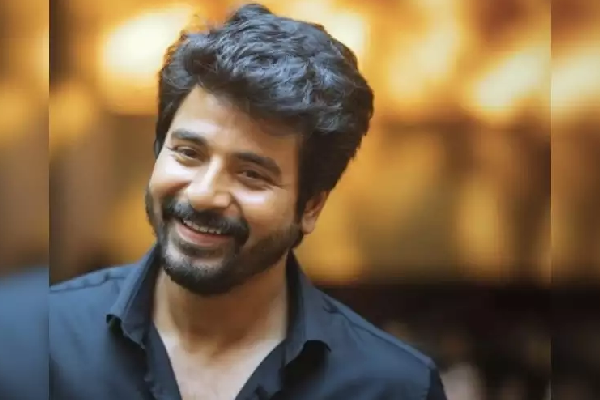 All the top Tamil actors are now keen to cement their place in Telugu cinema. Actors like Vijay and Dhanush are soon making their Tollywood debut with interesting projects. The latest one to join the list is young and talented Siva Karthikeyan. He is said to have signed a film in the direction Jathi Ratnalu fame Anudeep KV. Sree Venkateswara Cinemas LLP will produce this film and an announcement is awaited. This film will be shot simultaneously in Telugu and Tamil languages.

Siva Karthikeyan is currently busy with a couple of Tamil movies and his film with Anudeep will commence shoot next year. Anudeep was in plans to direct the sequel for Jathi Ratnalu but the project got delayed due to the commitments of Naveen Polishetty. The script of the film is locked and the pre-production work will commence soon. 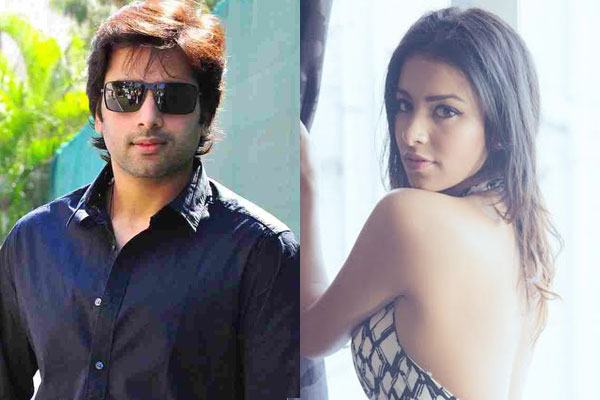