With a series of holidays set to begin from August 11 to 15, the Tirumala Tirupati Devasthanam (TTD) authorities are anticipating a heavy influx of pilgrims to the hilltop shrine of Lord Venkateswara at Tirumala.

The TTD has appealed to pilgrims to co-operate with the TTD and plan their darshan, and accommodation well in advance.

Though the summer rush is receded, the weekend rush coupled with festive holidays expected to continue till August 19, authorities stated on Tuesday.

In addition, the auspicious month of Peratasi is also commencing from September 18 onwards and will last till October 17.

In view of this, the TTD has appealed to senior citizens, differently-abled, those with chronic diseases, parents with infants to plan their Tirumala pilgrimage after Peratasi month to avoid any sort of inconvenience.

The pilgrims will be allowed for darshan only in their specified time slots. Pilgrims have to come with preparedness and patience to wait for long hours in the compartments and in queue lines till their turn for Darshan.

The Tirumala temple of Lord Venkateswara, in Andhra Pradesh, is reputed to be the richest Hindu temple in the world and attracts thousands of devotees every day.

The Andhra Pradesh High Court on Tuesday directed 16 members of the Tirumala Tirupati Devasthanam (TTD), whose appointment was challenged through a PIL, to file counter affidavits.

The court was informed by counsel of the petitioner that 16 out of 18 members against whom the Public Interest Litigation (PIL) was filed have not yet submitted their affidavits.

A division bench headed by Chief Justice Prashant Kumar Mishra took serious note of this and directed the respondents to file the affidavits by March 11.

BJP leader and former TTD board member, G. Bhanu Prakash Reddy has filed the PIL challenging the appointment of 18 board members and special invitees to the TTD. The petitioner challenged the appointments on the grounds of lack of morality as they were having pending criminal cases against them.

Last month, the court had asked counsel of the petitioner to publish notices to respondents in two newspapers stating that a PIL has been filed against their appointment as board members and they are required to file affidavits to contest the allegations.

The direction came after it was brought to the court’s notice that some members have refused to accept the notice.

The petitioner alleged that 14 of the TTD members have criminal background while appointment of four others was purely political in nature.

The same month, the High Court stayed the GOs appointing special invitees. The BJP leader, who filed the PIL against all three GOs, contended that the government had scant regard to their personal details and questioned whether they had faith in the Hindu customs and traditions followed in the world-famous temple.

The TTD manages the affairs of Sri Venkateswara temple atop Tirumala which has annual revenues of about Rs 3,000 crore.

Opposition TDP and BJP have slammed Jagan Mohan Reddy-led government for constituting 81-member Trust including the Chairman and special invitees.

Last month, the state cabinet approved an ordinance to amend the Endowments Act 1987 to allow the appointments of special invitees to TTD.

During the hearing on Tuesday, the petitioner’s counsel questioned the need for issuing an ordinance. The court suggested the petitioner file a petition challenging the ordinance. 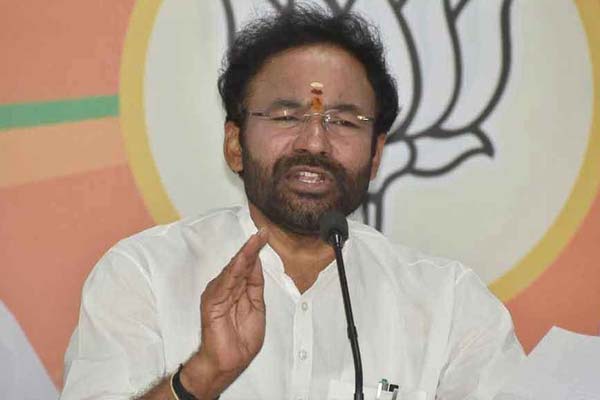 The YSRCP government in Andhra Pradesh headed by Chief Minister YS Jaganmohan Reddy is facing severe criticism from all quarters for constituting a ‘jumbo board’ for TTD (Tirumala Tirupati Devasthanam) two days ago.

Jagan has constituted a new TTD Board with 81-members, the highest-ever inviting the wrath of opposition parties as well as social and religious organisations.

Jagan is facing criticism of accommodating politicians, criminals and accused persons in CBI cases in TTD Board for his selfish interests.

There are allegations that several persons secured TTD Board posts on the ‘fake recommendation letters’ of union ministers.

One such fake recommendation letter was reportedly issued in the name of union tourism minister G.Kishan Reddy.

Kishan Reddy reportedly expressed severe anger at this and written to CM Jagan to take stringent action against one person who produced fake recommendation letter in his name and grabbed TTD post.

Kishan Reddy is said to have informed Jagan that he had not issued any recommendation letter and asked Jagan to take corrective measures in this regard.

Payakaraopet constituency seems to be a one-of-a-kind constituency. This constituency is a reserved constituency and sends dynamic leaders. The leaders from the constituency get a very plum offer of serving Lord Venkateshwara and get to become the members of the Tirumala Tirupati Devasthanam executive board. But, strangely they fail to utilise that opportunity and forfeit that chance. It happened with former MLA and TDP leader Vangalapudi Anitha. Now it has happened for Golla Babu Rao, the sitting YSRCP MLA from Payakaraopet.

Interestingly, during the Chandrababu regime, Vangalapudi Anitha was made a member of the TTD trust board. But, suddenly video clips where she claimed that she was a devout Christian and that she read the Bible everyday surfaced. Then there was a controversy over non-Hindu getting appointed to the TTD. Anita went temple hopping, and gave several clarifications. But, she had to finally resign from the TTD trust board.

Sources in the know say that Golla Babu Rao has a reason for rejecting the offer given by YS Jagan Mohan Reddy. He wanted to become a minister in YS Jagan’s council of ministers and felt that TTD board membership could come in the way of fulfilling his ministerial ambition. Hence he has rejected it. Whatever the reason, the second MLA from the constituency has lost the opportunity to serve the Lord.

Jagan has no respect for his own values: TTD Board

AP Chief Minister YS Jaganmohan Reddy is shocking everybody with his arbitrary decisions all the time. He talks a lot about repairing the spoilt system in AP but what he does in practice violates all the principles of natural justice. He brought the rule of 75 per cent jobs for local youths in industries. However, he is freely violating this himself in giving nominated posts in bodies like TTD. AP got only 7 members on TTD Board while Telangana snatched an equal share.

On the other hand, the Jaganmohan Reddy government passed new rules for giving 50 per cent reservations for SC, ST, BCs on temples boards. Nothing of this spirit is reflected in TTD Board appointments. What more, SC MLA G Babu Rao’s name initially figured on the list of TTD Board members but his name was deleted at the last minute. Analysts say that CM Jagan’s violations of his own value systems is nothing surprising. He has scant respect for laws and conventions. It is no use expecting Jagan Circar to administer the state in a systematic way.

TTD Board appointments also showed how much indebted Jagan is to Telangana CM K Chandrasekhar Rao. Is Andhra in the iron grip of KCR without whose blessings Jagan cannot protect his Hyderabad property for long?