Taraka Ratna to be shifted Abroad? 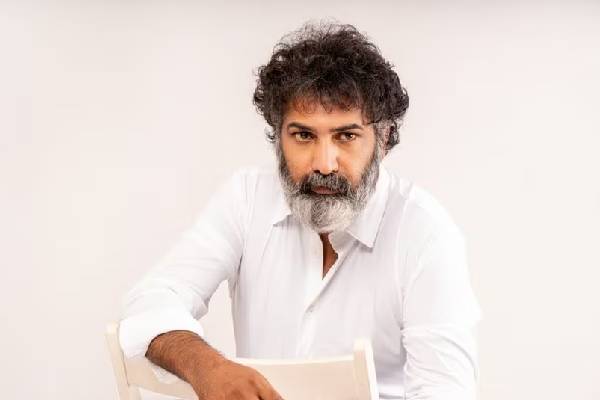 Nandamuri Tarak Ratna had a sudden cardiac arrest while he was Nara Lokesh at Yuvagalam Padayatra at Kuppam. The actor was rushed to Kuppam hospital and then shifted to Narayana Hrudalaya in Banglore. His health condition is currently stable and improving. He continues to be in ICU on life support.

Taraka Ratna’s other organs are working fine. Doctors conducted brain and heart tests again. Based on the result of the brain test, family members are planning to shift Taraka Ratna to abroad for better treatment. Balakrishna is personally monitoring the health condition and TDP Hindupur MLA Lakshmi Narayana is updated about this.

Telugu actor and politician Nandamuri Taaraka Ratna continued to be in a critical state on ventilatory and other support in Bengaluru’s Narayana Institute of Cardiac Sciences (Narayana Hrudayalaya) on Monday, the hospital said.

“We would like to clarify certain media reports, and state that he has not been put on any ECMO support till now. His family is constantly updated about his condition. Any changes to his clinical condition will be notified as required. We request that the public continue to support us in providing privacy and uninterrupted treatment,” a hospital statement said.

The famous Telugu actor and Telugu Desam Party leader suffered cardiac arrest in Andhra Pradesh’s Kuppam on January 27 and was shifted to a hospital there. He was transferred to Narayana Hrudalaya via road on January 28.

On arriving at the hospital, higher level diagnostics showed that his condition was highly critical due to cardiogenic shock after the myocardial infarction. 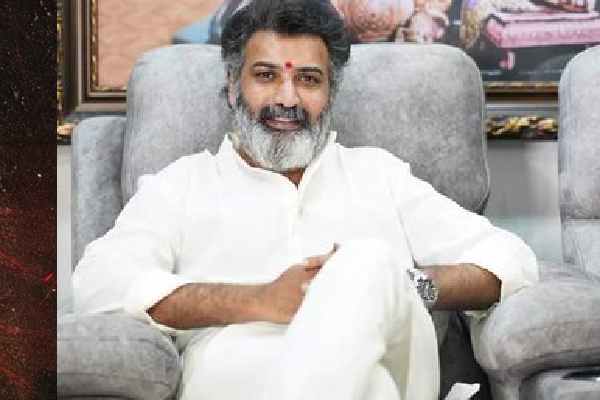 Nandamuri Taraka Ratna’s health is stable now, yet critical. After fainting at Nara Lokesh’s Yuvagalam padayatra, he was shifted to Kuppam hospital and then for better treatment to Narayana Hrudalaya, Bangalore. NTR and Kalyanram visited Taraka Ratna today in Bangalore along with their families.

NTR, Kalyan Ram and Balakrishna interacted with the media and updated about Taraka Ratna’s health. The actor is still in coma and doctors asked to wait till Monday for further updates. Doctors are currently monitoring the situation closely and Taraka Ratna is currently on ventilators and is responding to stimuli and also showing movements in his eye pupils.

Balakrishna asked party workers and fans to pray for his speedy recovery. The health bulletin is expected anytime soon. 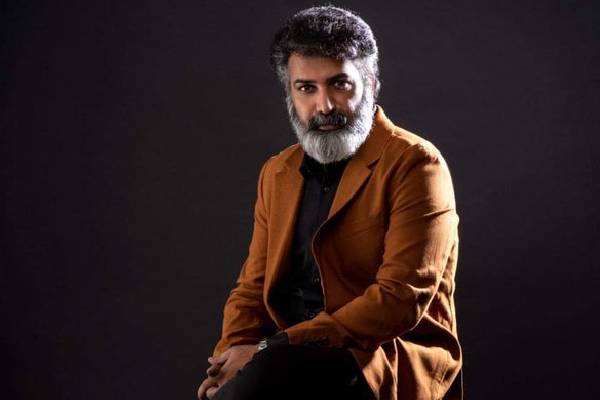 Nandamuri Taraka Ratna fainted yesterday in Yuvagalam padayatra while he was walking Nara Lokesh. His left side heart valve had 90% blockage and glucose levels were near 400. He was shifted to Narayana Institute of Cardiac Sciences (Narayana Hrudalaya) for better treatment in Bengaluru from Kuppam hospital.

The doctors of Narayana Hrudalaya have released a media bulletin about his health condition. Taraka Ratna’s condition is highly critical. He is currently under the care of a multi-disciplinary critical team including cardiologists, intensivists and other specialists. He remains vital and is on maximum support. The treatment will be continued for the next upcoming days. His family members flew down to Bengaluru yesterday. Wishing Taraka Ratna a speedy recovery.

Later, when Lokesh took his first steps beginning his ambitious 4000 kilometres marathon walk, the activists crowded the street causing breathing problems for Tarakarathna. The actor fell unconscious in the walk. His security personnel and the TDP activists rushed him to the local hospital.

His uncle, TDP MLA and Lokesh’s father-in-law Nandamuri Balakrishna, who was also present in the walk, visited the hospital and monitored the first-aid given to the actor. The family members are planning to airlift the actor to a better hospital in Bengaluru.

The actor was found to have 90 percent blocks in the heart leading to slow heartbeat. The doctors who attended on him have done the angiogram and the actor is said to be out of danger.

Balakrishna told the media persons waiting outside the hospital that actor Tarakarathna is out of danger. He said that they would shift him to Bengaluru for better treatment and asked the fans and the TDP activists not to worry about the health condition of Tarakarathna. 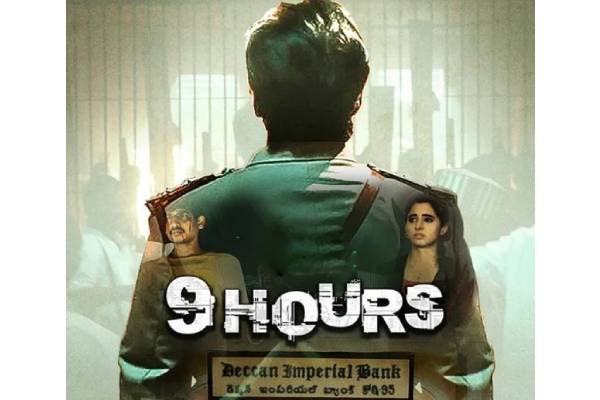 The series titled ‘9 Hours’, which is now streaming on Disney+ Hotstar, is based on a fictional story written by Malladi Venkata Krishna Murthy in the 1980s.

The story begins with the introduction of a jail breakout. Three inmates of Hyderabad’s Central Jail not only break out from the jail but also try to rob a large sum of money from a bank branch.

When targeted by the police, with no other option, the robbers try to take advantage of the situation by threatening to kill the bank’s hostages if the police engage in action. The cops (led by Taraka Ratna’s character) are on edge as a result of this.

Taraka Ratna’s character, an irritable cop, enters the scene and attempts to control the situation. The basic plot of the show revolves around how he will save everyone.

Coming to roles and performances in ‘9 Hours’, everyone appears to be very involved. The series has no particular hero, heroine, or antagonist.

Thanks to showrunner Krish Jagarlamudi, the casting proves to be capable. The series spans a wide range of performances, from expected (Taraka Ratna, Vinod Kumar, and Banerjee as cops) to unexpected (Ajay and Madhu Shalini have compelling character arcs), from supporting (Preethi Asrani, Ankith Koyya, Sameer, and Raj Madiraju) to cliched (Ravi Varma, Jwala Koti).

The setting, production design, star cast, and visuals are all very realistic and add to the show’s overall appeal.

Overall, ‘9 Hours’ is a suspenseful hostage drama with a few tense moments. The viewing experience for viewers improves as well-known actors play key roles. This web series ends as a passable watch this weekend if you ignore the lengthy runtime.

Taraka Ratna’s team denies he has any role in ‘SSMB28’ 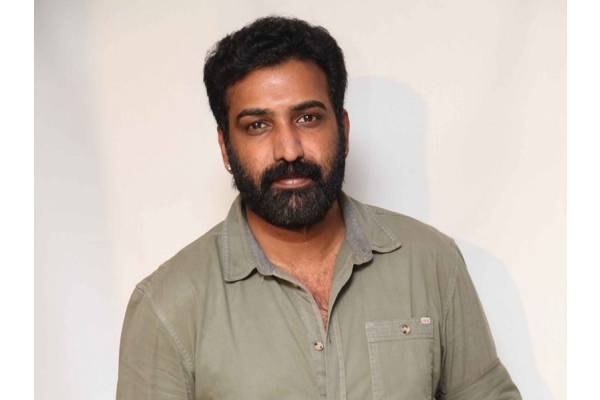 Following reports that Taraka Ratna will play the baddie opposite Mahesh Babu in ‘SSMB28,’ the PR team issued a statement stating that Taraka Ratna does not have an active social media account and that any online sources claiming to be him should be avoided.

A Twitter user posing as Taraka Ratna, earlier wrote something implying that the ‘Okato Number Kurrodu’ actor will most likely appear in Mahesh’s next film.

Now that the PR team has provided an explanation that the actor has no active Twitter account, implying that he will not be a part of ‘SSMB28,’ or that he does not want to reveal, even if he was, for the time being.

Nandamuri actor in Mega hero’s next ? 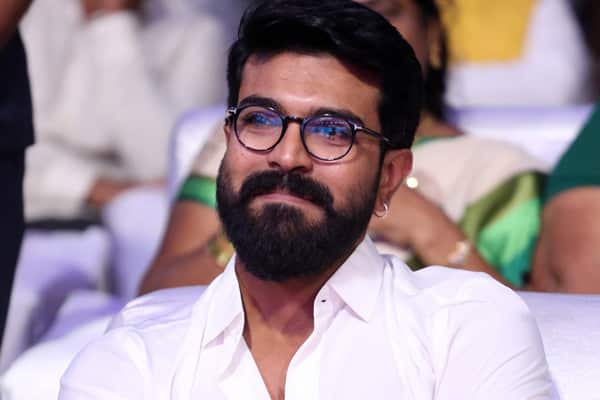 It looks like the Mega – Nandamuri bonding is going to reach a new high in the coming days. Already, the coming together of NTR and Pawan Kalyan in a single frame during the launch of the NTR28 and the announcement of multi-starrer film with NTR and Ram Charan in the lead roles left fans of both illustrious families thrilled.

Now, here is one more interesting buzz that has been making rounds in the industry. As per the reports, Nandamuri Taraka Ratna is likely to play an important role in Ram Charan’s next film which will be helmed by Boyapati Srinu. Taraka Ratna, who started his career in Tollywood as hero, later appeared in interesting character roles in some of the recent projects

So, it would be interesting to see if this news turns out to be true. Already, it has been confirmed that the untitled film will feature Bollywood actor Vivek Oberoi in a prominent role. The regular shooting will commence from the third week of January next year.

We have to wait for an official confirmation to know about the entire cast and crew that are on board for this crazy project.