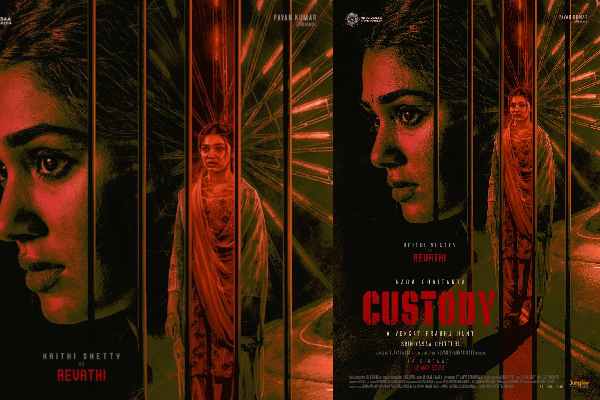 Akkineni Naga Chaitanya’s Telugu-Tamil bilingual project under the direction of Venkat Prabhu has seen making headlines once again. Krithi Shetty is playing the female lead in the film.

Introducing her character poster, the makers wrote “Presenting the Charming and Gorgeous Krithi Shetty as the Courageous Revathi 🔥 from Custody.” Krithi Shetty is playing the role of Revathi, who is strong-hearted and brave.

The retro-themed poster featured Krithi in a stunning avatar and she can also be seen behind bars. It looks like viewers get to witness another side of actor Krithi Shetty in the film.

Now everyone is eagerly waiting to witness this action thriller on screens. The recently released Custody glimpse has generated massive buzz.

Touted to be an action thriller, the movie will have high production values and technically rich settings. Maestro Ilaiyaraaja and Yuvan Shankar Raja compose music for this movie, produced by Srinivasaa Chitturi under Sriniivasaa Silver Screen banner.

Pavan Kumar presenting the film which will be gracing the cinemas on 12th May, 2023. 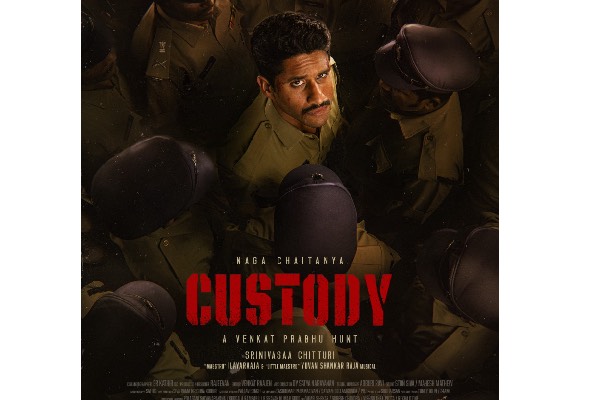 Just like how every one of us expected, the film’s glimpse has hiked the expectations of the film. This film also stars Arvind Swami, Priyamani, Sarath Kumar, Vennela Kishore and Premgi in important roles.

Custody is hitting the screens on 12th May 2023. With high production values and technical richness the film is bankrolled by Srinivasaa Chitturi under Srinivasaa Silver Screen, features music by Maestro Ilayaraja and Little Maestro Yuvan Shankar Raja. Pavan Kumar is presenting this ambitious project.

Naga Chaitanya and Venkat Prabhu’s NC22 pre-look was unveiled yesterday to begin the former’s birthday celebration in advance. The film is backed by Srinivasa Chitturi under the Srinivasa Silver Screen banner. Krithi Shetty is the female lead.

The makers have locked the interesting title “Custody” and also released the first look poster today. Chay plays a ferocious cop named A Shiva who is honest and strong-minded. The first look poster is truly imposing. The tagline for Custody is ‘A Venkat Prabhu Hunt.’

Each aspect of the first look poster raised expectations on this action flick being made with high production values and technical standards. The ensemble cast includes Arvind Swami, Priyamani, Sampath, Sarathkumar, Premji, Vennela Kishore, and Premi Vishwanath, among others.

The music for NC22 is composed by Maestro Ilaiyaraaja along with his son-composer Yuvan Shankar Raja. Pavan Kumar presenting the film. 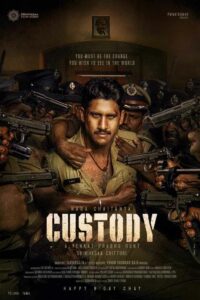