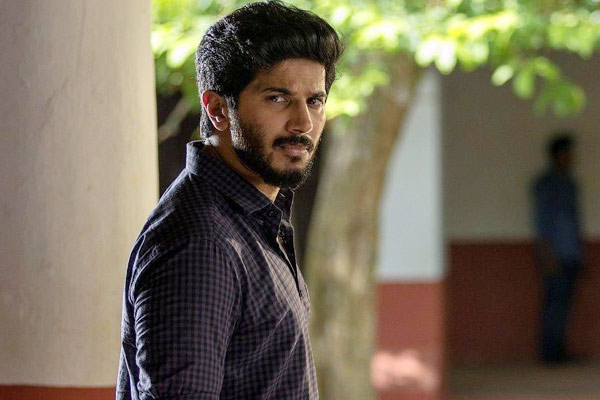 After his superstar father Mammootty announced he is Covid positive, his actor son Dulquer Salmaan has also shared that he has caught the virus.

Dulquer took to Instagram, where he shared that he has mild flu symptoms and is currently in isolation.

He wrote: “I have just tested positive for Covid-19. I’m isolating at home and have mild flu symptoms but am otherwise ok. People who were in close contact with me during the shoots over the last few days, please isolate and test if you notice symptoms.”

The actor urged everyone to mask up and stay safe.

“This pandemic is not over and we must stay vigilant. Please mask up and stay safe,” he added.

Five days ago, Mammootty tested Covid-19 positive. In view of this development, the shooting of his movie franchise ‘CBI 5’ directed by K. Madhu has been suspended.

Dulquer will next be seen in ‘Hey Sinamika’.

The movie is slated for release in cinemas on February 25. 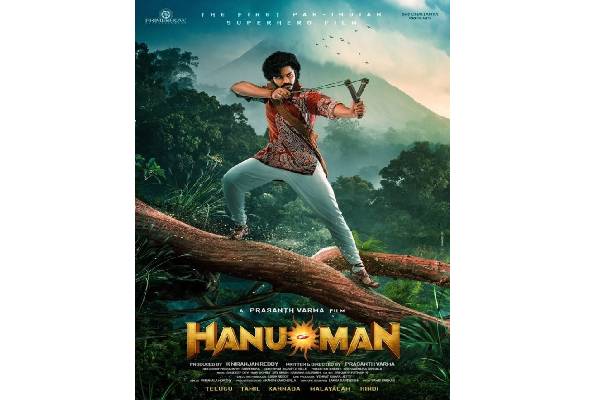 Revealing the look on his social media accounts, Dulquer wrote: “Here’s presenting the first look poster of #Hanuman, directed by Prasanth Varma. Wishing Teja Sajja and the entire team of the movie all the best.”

In the poster, Teja Sajja can be seen standing on top of a tree in a dense forest, aiming his target with a slingshot.

The makers also released a 65-second clip introducing the charactet or Hanumanthu from the world of Anjanadri.

Said to be high on vfx, the film is being made in Telugu, Tamil, Kannada, Malayalam and Hindi.

The film’s shoot is currently happening here and some crucial sequences are being filmed on the lead cast.

K. Niranjan Reddy is producing the movie, while Chaitanya is presenting it. 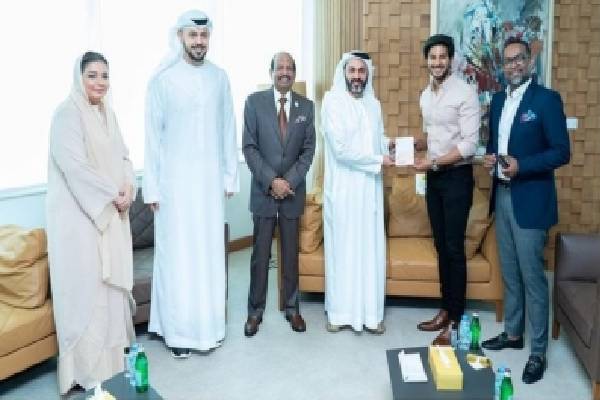 Malayalam actor Dulquer Salmaan is the latest Indian personality to be honoured with a UAE Golden Visa.

Introduced in 2019 by the UAE government, the ‘Golden Visa’ is a new system for long-term residence visas. It lets outsiders live, work and study in the Gulf states without the need of a national sponsor and with 100 per cent ownership of their business on the UAE mainland.

Dulquer has been feted with a 10-year Golden Visa by the Department of Culture and Tourism, Abu Dhabi Government, reports gulfnews.com.

The actor posted a picture on Instagram on receiving it.

“Had the privilege and honour of receiving my golden visa from His Excellency Saood Abdul Aziz in the presence of Mr Yusuf Ali,” Dulquer captioned the image.

“It was wonderful to hear of all the future plans of the Abu Dhabi govt to promote film and production activities, and also to encourage new talent locally and internationally. Looking forward to productions, shoots and spending more time in Abu Dhabi and the UAE,” he added.

Last month, his father and superstar Mammootty also received his UAE Golden Visa, which was given to him at the same time as Malayalam cinema’s other superstar, Mohanlal.

Among the Hindi film actors, Sanjay Dutt received the UAE Golden Visa, owing to his contribution to the world of arts, culture, and cinema. 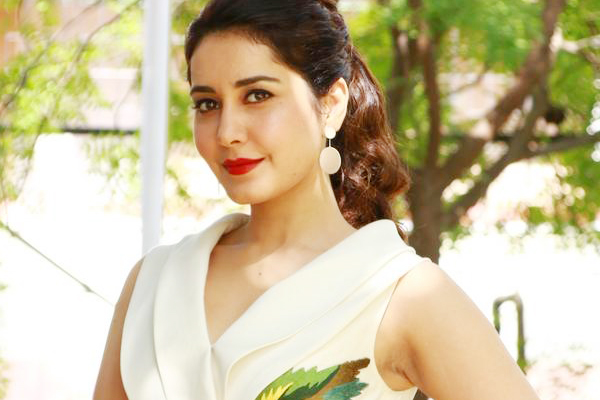 Rashmika Mandanna is the most happening actress of Telugu cinema. The actress turned a signing spree and is busy with a flock of films. There are talks that Pooja Hegde and Rashmika are the leading ladies in Dulquer Salman’s upcoming multi-lingual film directed by Hanu Raghavapudi. The latest update says that Rashmika walked out of the project as she could not allocate her dates.

Hanu Raghavapudi met Rashi Khanna, narrated the script and got her nod for the film. Set in 1960s, the film is a romantic saga and Duqluer plays an army official. Vyjayanthi Movies and Swapna Cinema are the producers and the shoot of this untitled project commences next year. Vishal Chandrasekhar is the music director. The film will release during the second half of 2021. 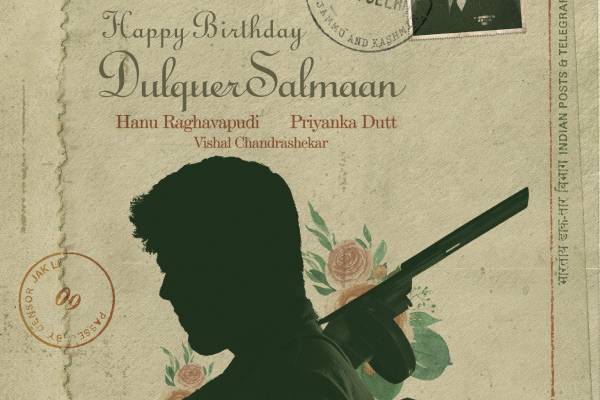 Talented Malayalam actor Dulquer Salmaan is celebrating his birthday. He is slowly expanding his base across the country. The actor did a lead role in Mahanati and received a wide response for his performance. Dulquer Salmaan has been keen on doing Telugu films and he signed a romantic entertainer in the direction of Hanu Raghavapudi. On the occasion of Dulquer Salmaan’s birthday, the project is announced today. Dulquer Salmaan plays Lieutenant Ram in this romantic tale.

This untitled film will start rolling next year and the female lead is being finalized. Vishal Chandrasekhar composes the music and Vyjayanthi Movies, Swapna Cinema will produce this romantic entertainer. The film will be shot simultaneously in Telugu, Tamil and Malayalam languages. 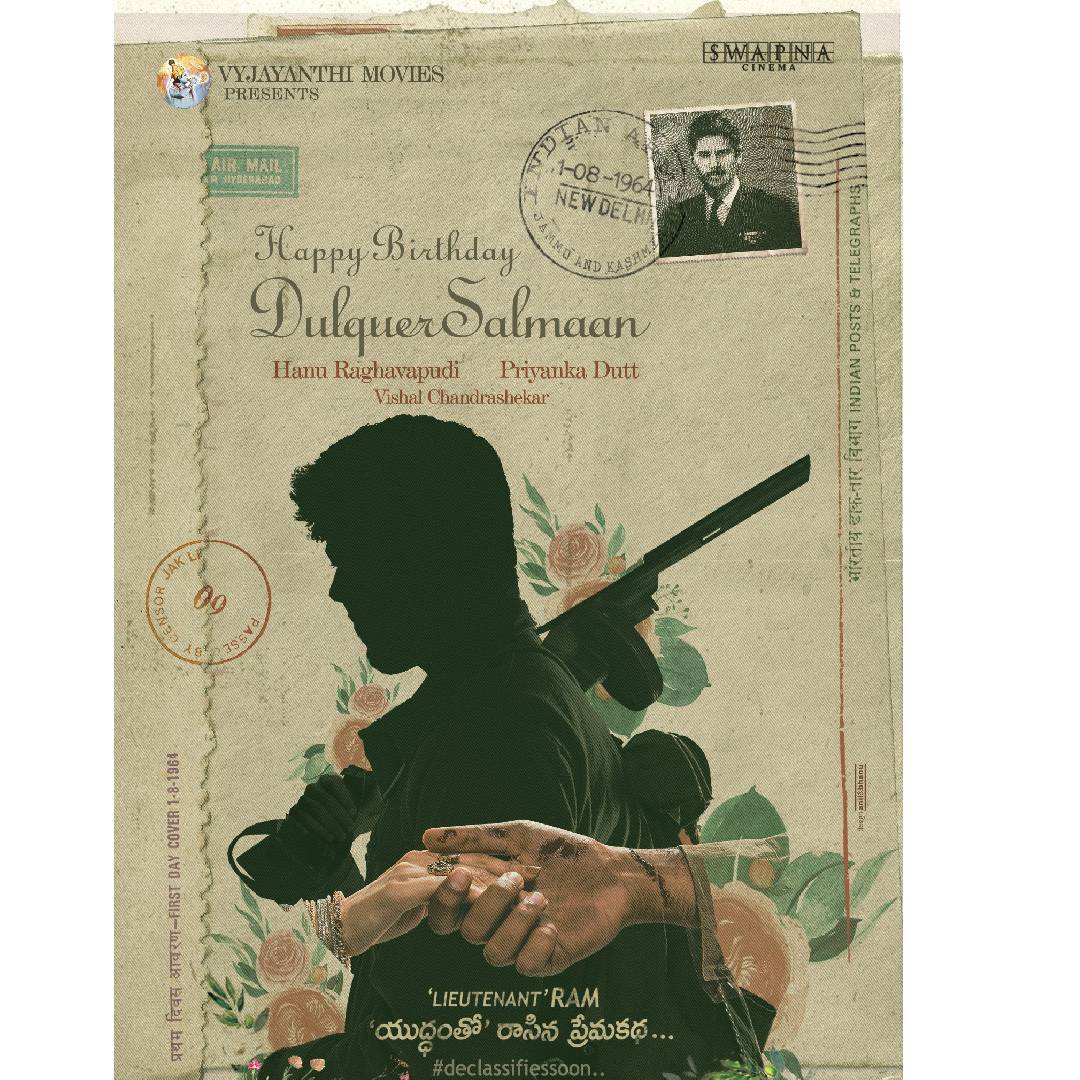 Nani all set for one more interesting multi-starrer 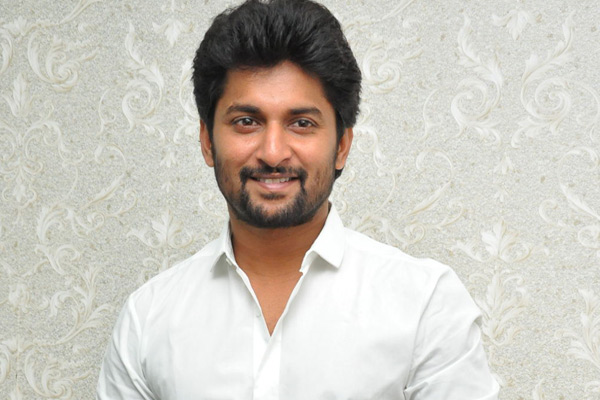 Natural Star Nani several times announced that he would sign multi-starrers if gets the right scripts. He last teamed up with King Nagarjuna for a laugh riot Devadas that released recently. The latest update is that Nani is all set for one more interesting multi-starrer which will be directed by Mohankrishna Indraganti. Nani loved the script and gave his nod long ago for the film.

Dulquer Salmaan who impressed Telugu audience with Mahanati has been in talks to play the other lead actor in the film. Dulquer Salmaan has been narrated the script recently and the young actor is yet to reveal his decision. Dil Raju will produce this crazy multi-starrer and an official announcement will be made once Dulquer Salmaan gives his nod.

Nani is currently busy with the shoot of Jersey and he will join Vikram Kumar’s film early next year.

Ram and Dulquer Salmaan in a multi-starrer? 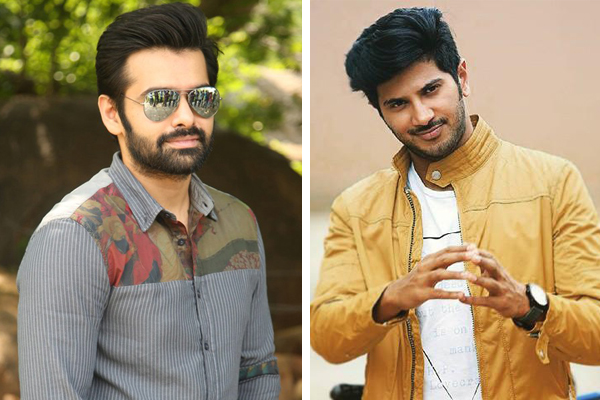 Ajay Bhupathi made an impressive debut in Tollywood with RX 100 which ended up as one of the biggest hits of the year. Karthikeya and Payal Rajput made their debut in Tollywood with this romantic action drama. The director is currently busy with his second film which is a multi-starrer. Energetic Star Ram and top Malayalam actor Dulquer Salmaan are expected to play the lead roles.

Impressed with the script, the duo decided to come on to the board for the film. Ram’s uncle Sravanthi Ravikishore will bankroll this project and an official announcement will be made soon. The female lead and the other actors, technicians are being finalized currently. 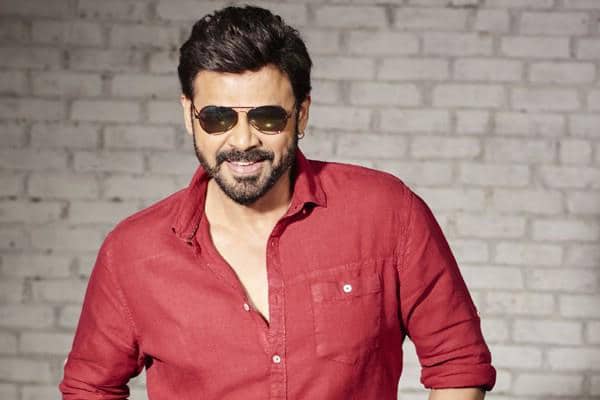 Seasoned stars Victory Venkatesh and Akkineni Nagarjuna are undoubtedly the most-sought-after stars in Tollywood for multi-starrer films. They are willing to share screen space with youngsters for interesting multi-cast films. Currently they are busy shooting for their upcoming multi-starrer films which are progressing at a brisk pace.

Meanwhile, it is learnt that Venkatesh is game for another similar film in which he is likely share screen space with Malayalam heartthrob Dulquer Salmaan. Reports suggest that the duo is going to come up with a multi-core war drama which will be made with a solid budget and high technical values.

More details about this interesting project will be out soon. 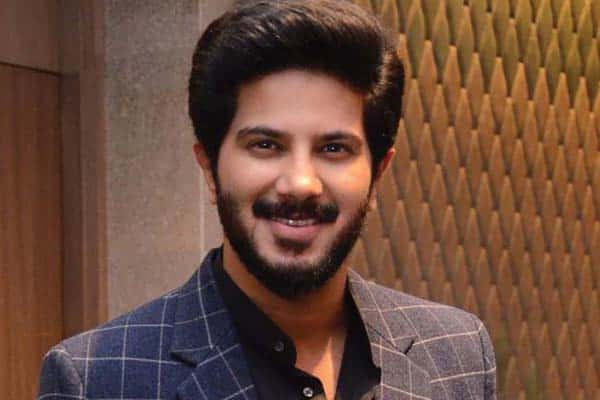 At present, actors hailing from other states are putting in good efforts to dub in Telugu. We have already seen some of the current generation stars dubbing in Telugu for their roles.

Now, Malayalam heartthrob Dulquer Salmaan has joined the bandwagon. It is a known fact that he is essaying a crucial role in the biopic of Savitri, titled as Mahanati.

Dulquer has decided to dub in Telugu for his character in Mahanati. This is the first time he is doing a straight Telugu film and felt that he need to give his best for this film. So, he started lending his own voice for his role.

Yesterday he took to Twitter and said
‘Don’t think I’ve worked this hard for exams even !! Giving it my everything to dub in Telugu for the first time ! #NadigaiyarThilakam @MahanatiTheFilm.

Mahanati is slated to hit the screens on May 9th. Directed by Nag Ashwin, the film has Keerthi Suresh and Samantha in important roles.

Long-time desire to do a period film: Dulquer Salmaan 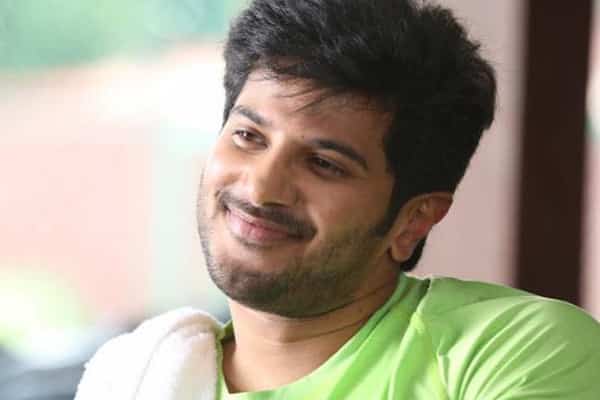 Actor Dulquer Salmaan, who plays veteran star Gemini Ganesan in upcoming Telugu-Tamil bilingual biopic “Mahanati”, on the legendary southern actress Savitri, says it has been his desire for long to be part of a period film.

“Amazing period is being captured in films and even in TV series in the West. For long, I have desired to be part of a period drama. Unfortunately, in the Malayalam film industry, we don’t have huge budgets to make such films. ‘Mahanati’ is being made on a massive scale and I’m lucky to be part of this project,” Dulquer told IANS.

Talking about the project, being directed by Nag Ashwin, Dulquer said he is thrilled to be working with a young team.

“Both the director and the producer are younger than me. It’s a young team with so much of energy. I have always been against the idea of bilinguals but it made a lot of sense to make this film in two languages,” he said.

On playing Tamil actor Gemini Ganesan in the film, Dulquer said: “I’m not going to look like him. I can’t, honestly, and I don’t want to wear prosthetic. My approach is simple. I would like to be me in the 1950s if I was a big movie star.”

“I don’t think I should attempt to play Gemini Ganesan. You don’t really have any off-screen footage of him. You don’t know what kind of person he was off-screen. We only know his persona on screen and I can’t use that to play him off-screen,” he added.

Malayalam actor roped in for Mahanati 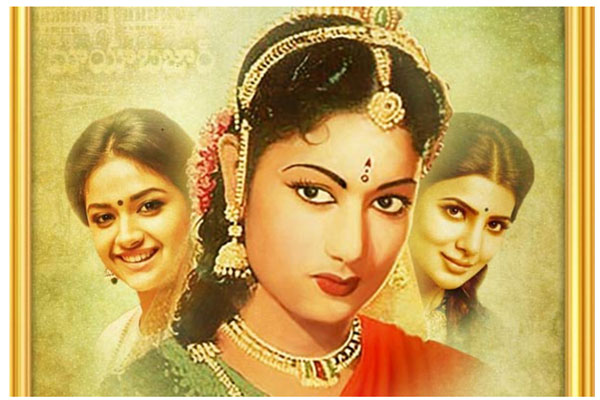 Young and talented filmmaker Nag Ashwin is pulling a casting coup of sorts for his upcoming bilingual Mahanati which traces the life of legendary yesteryear South actress Savitri. The film stars an ensemble cast in the form of Keerthi Suresh, Samantha and Anushka in crucial roles.

According to the latest update, Malayalam popular actor Dulquer Salmaan has been roped in to reprise the role of Gemini Ganeshan in the film. While Keerthi Suresh is playing the titular role in the film, Samantha will be seen as a journalist. The pre production is nearing completion and the regular shooting will commence very soon.