Superstar Mahesh Babu will return back to work from November. His next film Sarkaru Vaari Paata is currently under pre-production phase and will be directed by Parasuram. The film is a mass entertainer and a 45-day long schedule in USA will kick-start from November. S Thaman is on board as the music composer and the music sittings are currently on. Parasuram finalized a couple of songs for the movie already.

Parasuram and his team will fly to USA to finalize the locations for the movie. Keerthy Suresh is the leading lady and Anil Kapoor is the lead villain. Sarkaru Vaari Paata is all about an unearthed bank scam and Vidya Balan is in talks to play Mahesh Babu’s sister in the film. Mahesh is working on his looks for the movie currently. Mythri Movie Makers and 14 Reels Plus will jointly bankroll Sarkaru Vaari Paata. 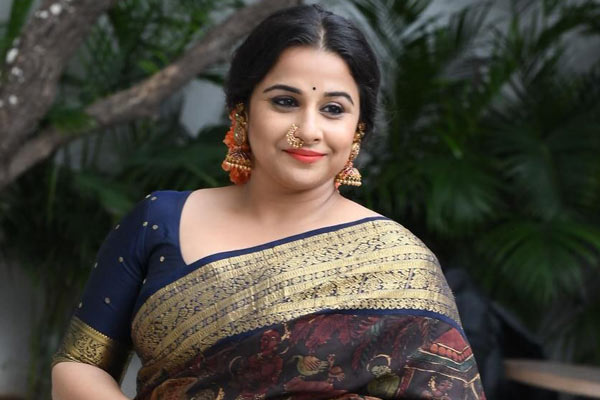 The talks are on and the actress will take a call soon on the offer. With these moves, it is clear that the makers of Sarkaru Vaari Paata are in plans for a pan Indian release. Several other renowned actors are considered for the crucial roles in the film. Keerthy Suresh is locked as the leading lady and Thaman composes the tunes. 14 Reels Plus and Mythri Movie Makers will produce this prestigious project which will have its release during the second half of 2021.

Superstar Mahesh Babu will start the shoot of his next film Sarkaru Vaari Paata from November this year. Parasuram is the director of this mass entertainer and the regular shoot commences from the first week of November in Washington, DC. There is a crucial role for the lead antagonist and names like Upendra, Kicha Sudeep are considered. The makers are now holding talks with Bollywood veteran actor Anil Kapoor for the role. Parasuram met Anil Kapoor recently and narrated the script.

Anil Kapoor is yet to take a call and reveal his decision. Keerthy Suresh is the leading lady and the film is aimed for Dasara 2021 release. Thaman composes the music and the entire shoot in USA will be wrapped up in a single schedule. Mythri Movie Makers, 14 Reels Plus and GMB Entertainment are the producers.

Mahesh Babu is spending time with his family from the past six months and he hasn’t stepped out from his Hyderabad bungalow for a single day after the coronavirus pandemic started. The top actor signed his next film titled Sarkaru Vaari Paata and Parasuram is the director. Telugu360 was the first to reveal that the film would head for shoot from November and the shoot of Sarkaru Vaari Paata will take place in Washington, USA. The film’s director Parasuram and the cinematographer Madhiee are now heading to USA next week.

The film’s producer Naveen Yerneni who is in USA will join the team which will scout for the locations of the movie. The first schedule of Sarkaru Vaari Paata will take place in USA for a month and the rest of the film’s shoot will take place in India. Keerthy Suresh is the leading lady and Thaman is composing the music. Mythri Movie Makers, 14 Reels Plus and GMB Entertainment are the producers. Sarkaru Vaari Paata is aimed for Dasara 2021 release.

Mahesh Babu will join the sets from October and before this, Parasuram will complete a major portion that does not need Mahesh Babu. Kiara Advani and Saiee Manjrekar are the names considered for the heroine’s role. The set work of the film too will be completed by the time Mahesh Babu starts shooting for the film. A top veteran actor will play the role of Mahesh’s father in the film and Upendra is in talks for the lead antagonist. Sarkaru Vaari Paata is aimed for summer 2021 release and will be jointly produced by Mythri Movie Makers and 14 Reels Plus.

Superstar Mahesh Babu will be next working with Parasuram and the film is a social drama that marks the 27th film of Mahesh. On the occasion of Superstar Krishna’s birthday, the film has been officially announced. Sarkaru Vaari Paata is the title locked and the title poster is unveiled on the occasion. A glimpse of the new hairstyle of Mahesh Babu is revealed through the poster. The female lead is yet to be finalized and the other cast will be announced soon. Thaman is the music director and PS Vinod is the cinematographer.

Though the makers wanted to have a grand launch, the plans are averted and the announcement was made. The regular shoot will commence from September as per the update. Mythri Movie Makers along with 14 Reels Plus and GMB Enterainment will produce this film. Sarkaru Vaari Paata is aimed for summer 2021 release.