Is Anupama Parameshwaran becoming a teacher? 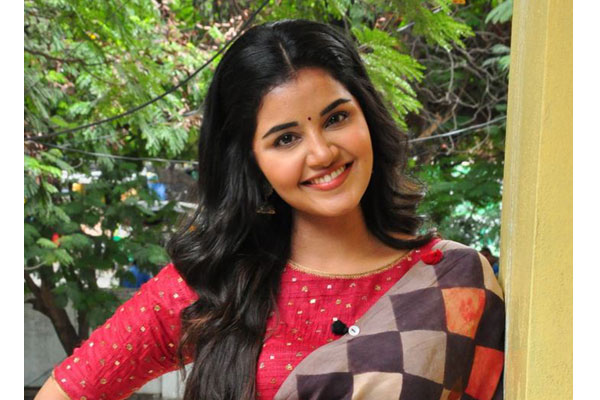 Find it odd? Then read on. The secondary Teachers Eligibility Tst (STET) exam results of Bihar government’s education department are just out. One Rishikesh Kumar has secured 77 per cent marks in the examination. But, surprise of surprises awaited him. When he received the score card, he found that instead of his photo, the pic of actress Anupama Parameshwaran was affixed. A shocked Rishikesh shared his score card with Anupama Parameshwaran’s photograph on the social media.

He said that this was not the first time this goofup happened to him. Even when he was sent the hall-ticket, Anupama Parameshwaran’s pic was affixed. When Rishikesh contacted the Bihar education department officials, they gave him special permission to appear in the examinations with the faulty hall ticket. They also assured to make the necessary corrections. But when the score card was issued, the same error remained on it.

Bihar is no stranger to such gaffes. In the past, it had declared actress Sunny Leone as the topper in the Junior Engineer examinations in the state. 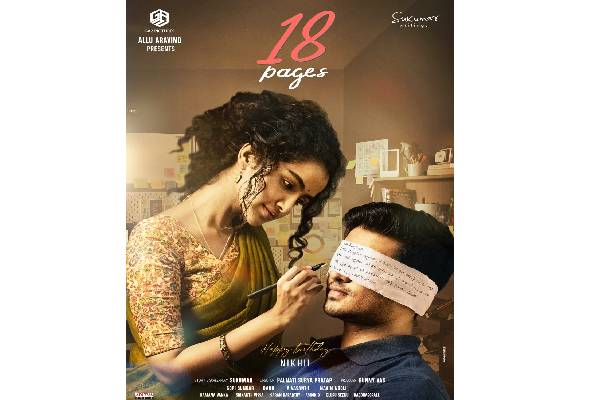 The first look poster of Nikhil and Anupama Parameswaran starrer 18 Pages dropped earlier today on the occasion of Nikhil’s birthday.

The poster showcases Nikhil and Anupama in the middle of an interesting act.

Anupama aka Nandini is seen penning an introductory message about herself on Nikhil’s blindfold as he pays utmost attention to her.

The poster carries a cryptic message about the lead pair and it surely does look intriguing.

The Palnati Surya Pratap directorial is produced by GA2 Pictures. Sukumar is providing the story and screenplay. The film is presently in filming stage. 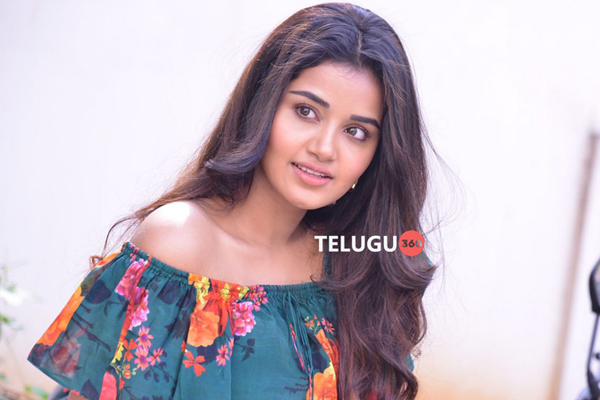 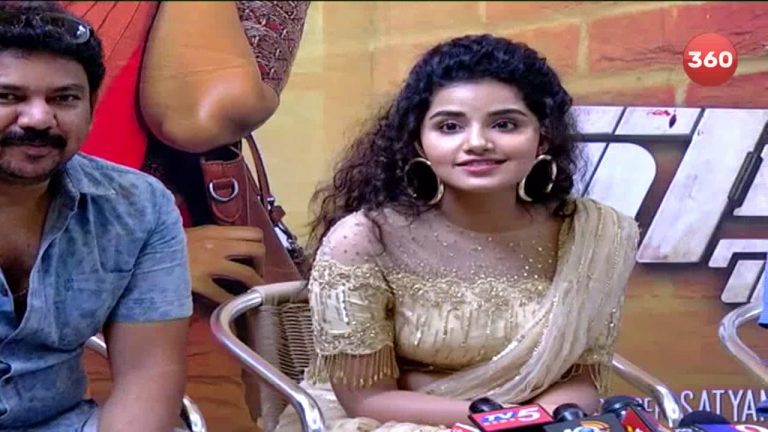 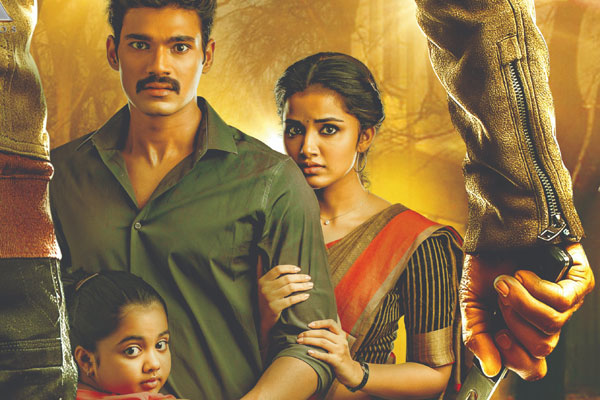 Bellamkonda Sreenivas is desperate of success and after a series of failures, he has his hopes on Rakshasudu, the remake of Tamil blockbuster film Ratsasan. Ramesh Varma directed this action drama and Anupama Parameshwaran plays the female lead. Satyanarayana Koneru is the producer and Rakshasudu releases on August 2nd in India, premiered on August 1st in USA. Ghibran composed the music and the background score.

An aspiring film maker Arun quits his futile attempts in film industry , finally takes up a Police SI Job. At that time city is panic about a serial killer who is targeting school girls. As his research for cinema scripts was on psycho killers,Arun dedicatedlyfocusses on investigating the serial killer’s case. One after another his initial suspects are wrong ones, how he completes the tough task of tracking down the real culprit is the rest of the story

Serial killer or Psycho killer movies often setup with a weird, flashy backdrops and directors tend to over try the things. Here in Rakshasudu, the setup around the prime characters is realistic and simple. The surprises are organically blended in the narration. First half is decent but some predictable structure to the premise. The director (read as the original director) has succeeded in engaging the audience with his tight screenplay until the pre-climax. The flashback for the villain, which is the key element,has been told blandly and looked very artificial. Thus, Pre-climax and climax scenes are dragged.

Bellamkonda sreenivas got a good role finally, he performed well. There is one scene after the interval, in which both Sreenivas and Rajiv Kanakala excelled in emotions. Anupama parameswaran got lesser important role as a school teacher and she is just okay. Except one song bit, there are no commercial songs in this film .Rakshasudu is one osreenivas’s career best as he looks fit as cop, confident and carries the role with ease and conviction

Director Ramesh Varma succeed in remake. Ghibran’s music helps the film tremendously. Venkat C. Dilip ‘s cinematography is good. The art work designed for the psycho’s residence is bit out of the place

Rakshasudu film offers a tight screenplay that keeps the proceedings interesting till the end. First half is decent but with some predictable structure to set the theme. Second half is engaging but prolonged at times. Overall ..Rakshasudu , a dark psycho thriller , is watchable for the audience who like this genre. 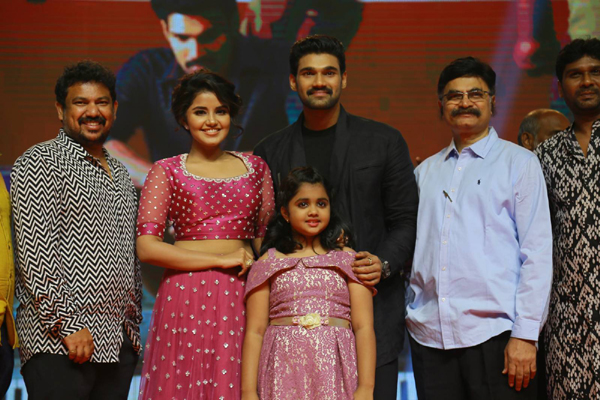 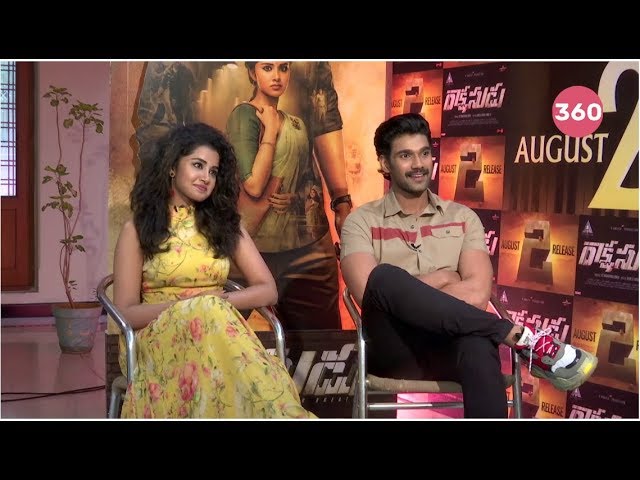 Supreme Star Sai Dharam Tej is sure one of the finest actors of Telugu cinema. But his recent outings failed to impress the audience and the actor has all his hopes on Tej: I Love You which is a breezy romantic entertainer directed by Karunakaran. Sai Dharam Tej signed his next for Nenu Sailaja fame Kishore Tirumala which is a love story. The regular shoot will commence later this year and the cast, crew are finalized currently.

Anupama Parameshwaran who is romancing Sai Dharam Tej in Tej: I Love You has been roped in to play the female lead in the film. Kishore Tirumala felt that Tej and Anupama have been convincing in the released posters and decided to cast her. Hello fame Kalyani Priyadarshan will play the other female lead in this untitled film. Mythri Movie Makers will produce the film and the regular shoot starts from July. 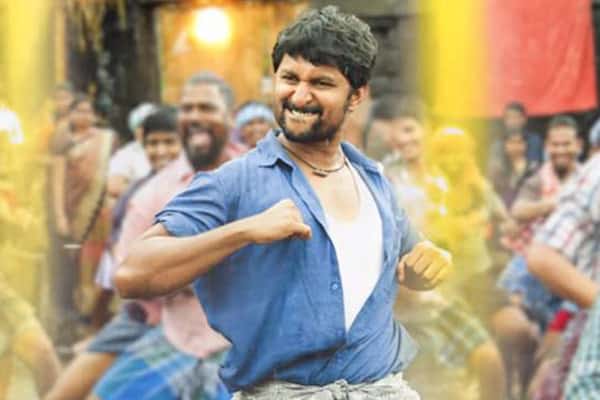 Interesting title in talks for Sai Dharam Tej’s next? 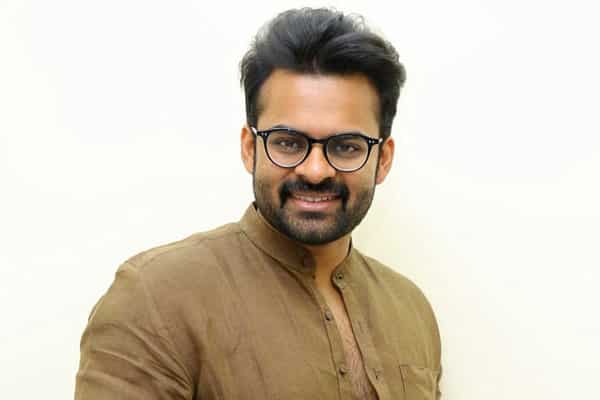 Supreme Hero Sai Dharam Tej who enjoys a decent fan base has been struggling with debacles and the actor needs a massive hit. He is currently shooting for a romantic entertainer in the direction of Karunarakan and Anupama Parameshwaran is the female lead. The movie is being shot without breaks and it will hit the screens later this year.

Devudu Varam Andisthe is the title considered for this breezy romantic entertainer. however the title is yet to be locked. This is one among the considered titles and there are wide speculations that the film has been inspired from 2012 Hollywood film ‘The Vow’. Tej is keen on making his comeback with this film and KS Rama Rao is the producer. The film has been slated for July 13th release across the globe.

Mythri Movies to keep their promise to Anupama Parameshwaran

Premam fame Anupama Parameshwaran is one of the most sought after actresses in South at present. The Mallu girl was supposed to be a part of the Charan – Sukumar project, but she was dropped due to unknown reasons. Mythri Movies, the production house behind the film, clarified that she will definitely work under their banner sometime soon.

It looks like the production house has decided to keep their promise to Anupama Parameshwaran. According to the latest update, Anupama is in talks to play the female lead in Naga Chaitanya’s next film which will be helmed by Chandoo Mondeti. The film will be bankrolled by Mythri Movies. Though she is yet to sign the dotted line, sources say that chances are high she will come on board.

If this turns out be true, it will be a second time collaboration for Chaitu and Anupama Parameshwaran after working for Telugu Premam last year. The regular shooting will commence in July.