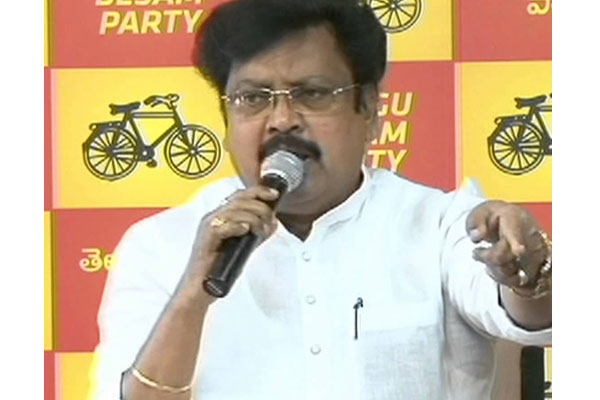 TDP senior leader Varla Ramaiah became the TRP item for Telugu news channels’ continuous scrolls and yet-to-come debates. After a student ignored the presence of the TDP leader (and APSRTC Chairman), Ramaiah asked the student whether he belongs to SC or ST.

When the student said he belongs to ‘Maadiga’(SC) caste, Ramaiah quickly said that you will not be of any use to your father, and most likely you wouldn’t have even written the exam.

These comments quickly engulfed the TV news channels, which are every hungry for sensational news. It did not take long for TDP Supremo CBN to respond to the casteist remarks by Varla Ramaiah. Close sources to the TDP party confirmed that CBN gave a strong warning to Varla Ramaiah, stating that these kind of incidents are damaging the party’s reputation, and image among the general public.

SC and ST Organizations have already raged a war against Varla Ramaiah. They are likely filing a complaint with the Human Rights Commission on the incident today. It feels as if people from ‘one caste’ are worth, and rest all are fit-for-nothing for the TDP leaders. 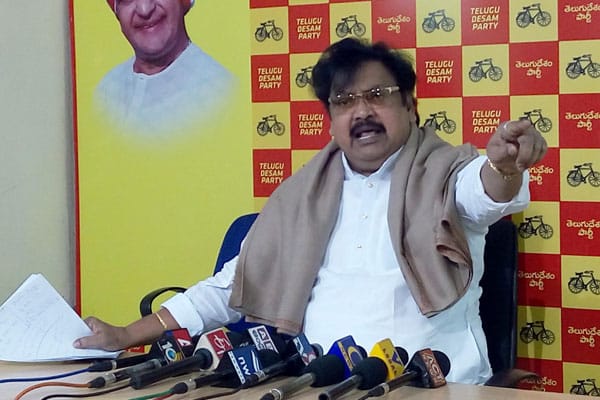 Ramaiah said that Jaganmohan Reddy has been doing several futile attempts to come out of the CBI cases in different forms. He recalled the interview of former chief secretary Ramakanth Reddy against the CBI cases and his complaint to Prime Minister Narendra Modi against two officers, Umashankar Gowd and B S Gandhi. He alleged that Jaganmohan Reddy is now trying to influence the Supreme Court retired judge to speak in his favour which resulted in Katju’s statement condemning Chandrababu Naidu’s government.

The TDP leader sought to advise the YSR Congress chief to stop indulging in cheap tricks to influence the courts, investigating agencies and the retired judges. He said that the courts would order punishment to Jaganmohan Reddy soon.

Ramaiah took strong exception to the threats of YSR Congress leader Bhumana Karunakar Reddy who called upon his party leaders to get ready for a war with the TDP. The TDP leader wanted to know what kind of war that the YSR Congress leaders were planning against the government and the TDP. “Are you planning for a war with weapons or bombs in the Kadapa style?” he asked. He also asserted that the government under the leadership of Chandrababu Naidu would save the government, the State and the people from the war to be launched by the anti-social elements of the YSR Congress.

Vijayawada: Senior Telugu Desam leader and AP Housing Corporation chairman Varla Ramaiah had asked the CBI to seize the passport of YSR Congress president Y S Jaganmohan Reddy to prevent him from leaving the country. As the CBI court is scheduled to give its verdict on CBI’s plea for cancellation of Jaganmohan Reddy’s bail petition on April 28, Ramaiah hinted at the possibility of the leader leaving the country to avoid arrest.