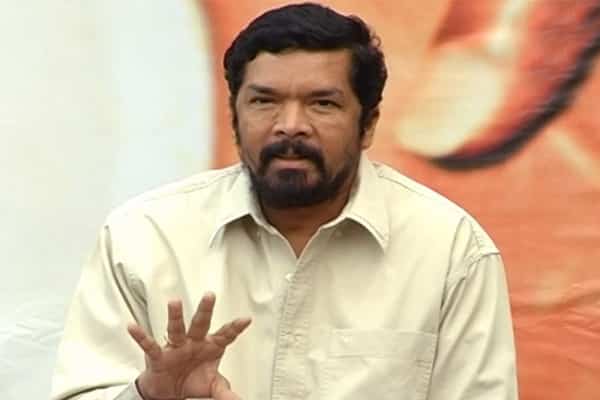 Writer and actor Posani Krishna Murali is the chief among the handful of Tollywood celebrities who lent support to YS Jagan Mohan Reddy when the latter was in the opposition. No one attacked verbally on TDP as Posani did. He was the most vocal voice before the elections but he is not responding much on any issue.

Six months have passed since Jagan Mohan Reddy taking oath as the new Chief Minister of Andhra Pradesh but Posani has not received any position in the new government.

While other celebrities like 30-years-industry Prudhvi and senior actor Vijay Chander got their due, Posani is still waiting for a call from YS Jagan. Posani recently expressed his displeasure indirectly but it has not yielded any favorable result to him. On record, Posani has been saying that he is not expecting anything from YS Jagan’s government but insiders say he’s not happy with the things going on. If things were bright for him, he would have jumped to defend YS Jagan’s decision in the on-going English medium row. He is keeping silent for a reason.

Meanwhile, he has also lost many opportunities in the last six months as an actor as he’s not keeping well. He is facing a health issue. 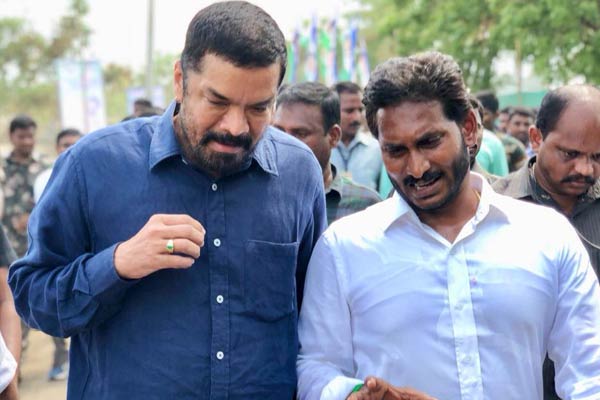 Film actor and writer Posani Krishna Murali had met YSR Congress chief Jaganmohan Reddy in the padayatra in West Godavari district on Saturday. He walked with Jagan for a few minutes talking to the leader. Though what transpired between the two is not known yet, it is said that Krishna Murali had agreed to work for the party in the next elections.

Posani is not happy with some top producers and directors supporting the Telugu Desam Party in the fight against BJP for special category status. He went on record criticising persons like K Raghavendra Rao, Aswini Dutt and others for backing TDP, particularly Chief Minister Chandrababu Naidu. He blamed Chandrababu Naidu in his recent TV debates for changing stand on the special category status demand frequently in the last four years.

Now his meeting with Jaganmohan Reddy and his silence joining the party raises eyebrows on his future role in the party. It is believed that he would be representing the party in the TV shows and was asked to mobilise support from the film industry. It is said that Posani had given a list of the film personalities who are interested to support the YSR Congress during the next round of elections.

The sources said that Jaganmohan Reddy had asked Posani to build up the team in the industry who would be used for the party campaign adding glamour which only the TDP does at the time of election every time. 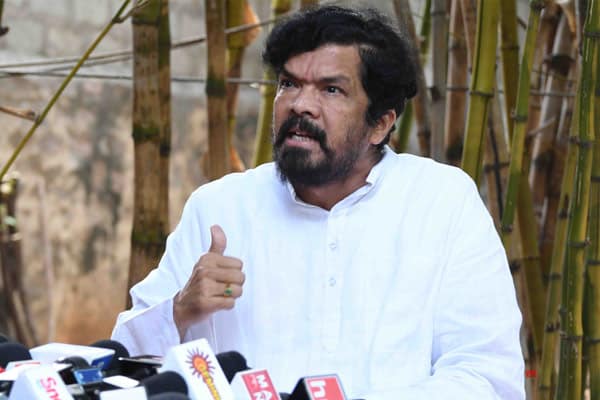 Producer Satya Reddy fired on Posani, for his scathing comments on Nandi awards as well as the ruling party TDP. He said, Posani is misleading people of Andhra Pradesh with his statements.

Regarding the Posani’s question, “how can be Nandi Awards annulled by the AP government? If someone criticizes the awards, do you cancel entire Nandi awards?”, Producer Satya Reddy asked Posani to prove whether any one from the government ever gave this statement. He asked how can Posani attribute the statements to the government that it has not made. Also, what Nandi awards has to do with AP IT minister Lokesh Babu. He reminded the same Posani and Gunasekhar made lot of hullabaloo when Nandi Awards were announced in 1998 too. Satya Reddy remarked, these awards are beyond any one particular caste, area and religion. Also, Satya Reddy told, when there are so many good things this government doing Posani never talked about them. But he is raising voice on these Nandi awards only with malicious intentions of maligning the government. Also he fired on Posani, for not taking up any other issue concerning film industry but coming out only when Nandi awards are announced.

He demanded the withdrawal of all the statements by Posani on Nandi Awards as Posani’s words hurt entire AP population.He advised to put a full stop on all controversies regarding Nandi Awards. He also advised Posani talk about many other problems concerning the film industry like the issues of small film producers. Writer Rajendra Kumar, who was also in the same press meet, said al the Nandi Awards announced based on merit only. He also remarked, whoever did not get the award, they should focus on their work and give better output so that they may win the award next time. 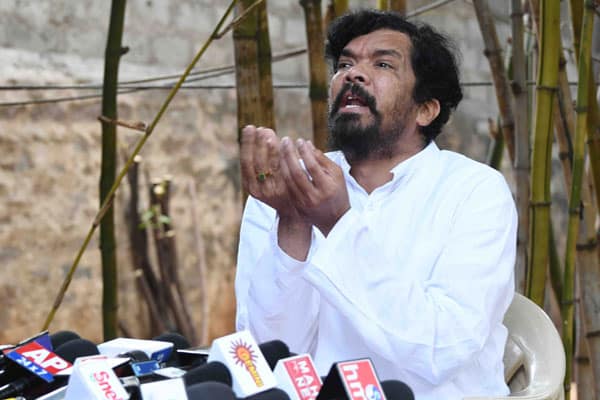 With every passing day controversy over Nandi awards announced by Andhra Pradesh state government is increasing with film industry members openly expressing their injustice in announced awards. Latest to join this list is writer turned actor Posani Krishna Murali and he called out for a surprising press meet with media.

Posani threatens to return his Nandi award which he won for Temper movie. He added that he is ashamed to get Nandi award, everyone is that feeling because of his Kamma cast award was given to him. He continued by bashing Nara Lokesh for his comments over Nandi award and opposed his provoking statements given to the leading media houses. Posani didn’t even bare trashing ABN Radha Krishna, his Andhra Jyothi newspapers for publishing news that’s misleading everyone about the Nandi awards.Let’s wait and watch who else will join Posani and support him in his decision to return Nandi award. Keep watching the space for more updates.

Posani Krishna Murali, writer turned actor has been busy currently doing various roles in TFI. He contested as MLA from Chiranjeevi’s Praja Rajyam and lost in elections. Recently he has been praising YS Jagan in his interviews and openly expressing his support to Jagan’s YSRCP. By seeing his recent interviews, analysts as well as people started assuming he may contest again as MLA from YSRCP in 2019.

But Posani gave clarity on these rumors. He clearly told that he will not contest in elections. He told he doesn’t have enough money to contest in elections and also he is against to buying votes and he did not spend a penny in 2009 elections when he contested as MLA from PRP. So now, he will only campaign for YSRCP without contesting directly in elections. He also very very clearly told that – if Jagan comes to power and if he asks him to take care of any government organization or institution by giving some kind of nominated post, he will accept the responsibility.

After seeing his clarification as well as aspiration, analysts think he is vying for position similar to what late Dharmavarapu Subramanyam handled. Dharmavarapu was a versatile actor and he supported late YSR and his congress party when almost entire industry supported TDP. But he did not contest as MLA. He never contested in elections. But YSR, after coming to power, recalled his support and offered him the post of Chairman of the Andhra Pradesh State Cultural Council. He accepted the role and excelled in it and also he strove to work for the betterment of theater artistes in the state when he was in that role. So it seems, Posani also expecting to get some nominated position like this in future if Jagan comes into power.

Only time has an answer, whether Posani’s dream will be fulfilled or not!!! 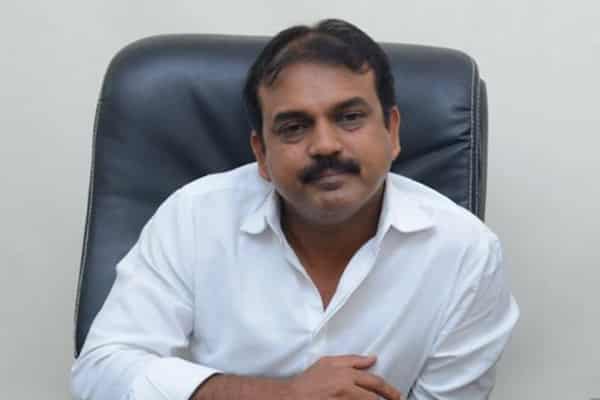 Hat trick directors are very rare in Telugu film industry and there are only countable directors who hold this credit in the current generation of filmmakers. Koratala Siva is one of the directors who has successfully scored three back to back hit films at the box office with star heroes and all of it have internal message connecting all section of audiences. It is been learned that before making his debut into direction Koratala Siva worked for five years for Posani Krishna Murali and both share a great relationship as the current top comedian is Bava in relation to Koratala Siva in real life.

Posani Krishna Murali was not offered any role in the three hit movies of Koratala Siva and the reasons best known to the director. But now sources said that hattrick director is giving a perfect payback to his guru in Bharat Ane Nenu movie. As per recent shooting updates, Posani is nailing the comic scenes which are specially inked by director keeping the star comedian in mind and audiences are going to have a lot of entertainment with his role. Keep watching the space for more updates folks.